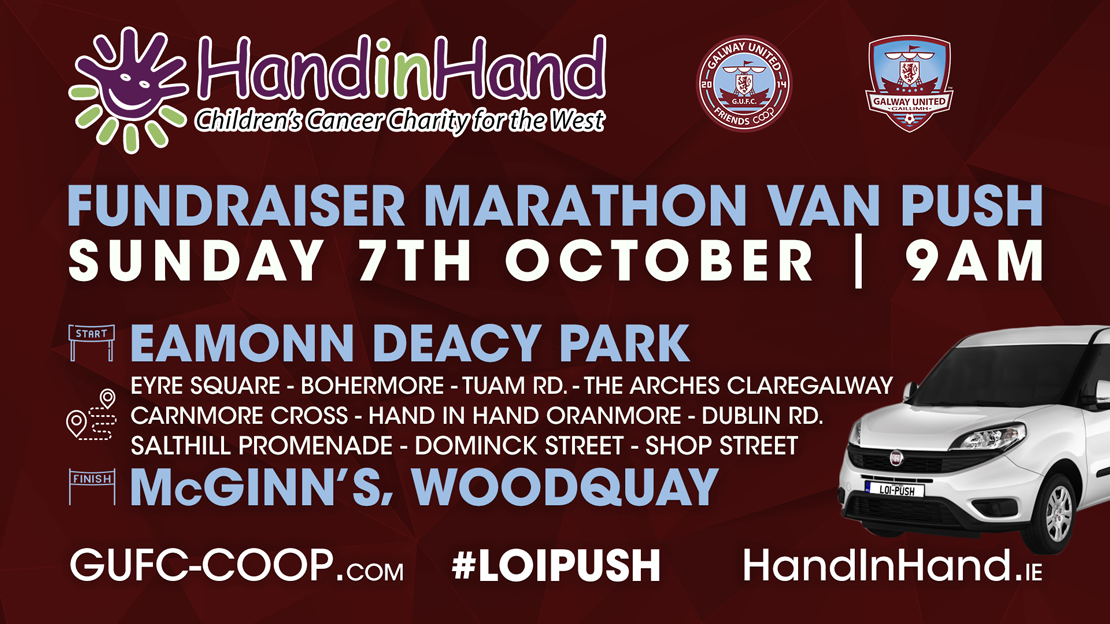 10 days later on the morning of Sunday 7th October, supporters will push the Galway United kit van 26 miles and 385 yards, the equivalent of a marathon.

All Marathon Van Push participants will be filling sponsorship cards in advance of the event and donations will be taken all along the route, which begins at Eamonn Deacy Park taking in both sides of the city as well as Claregalway and Oranmore, before finishing at McGinn’s Hop House in Woodquay.

The launch event in McGinn’s Hop House promises to be a great evening with Galway United fans, officials and club legends coming together to support this great fundraiser.

Full details of the route will be revealed on Thursday night and anyone who would like to take part in the fundraiser can contact Dominick at (087) 916 3438.

Jennifer Carpenter of Hand in Hand and Dominick Walsh of the Galway United Friends Co-op spoke to John Mulligan about the event and the work the charity does on Galway Bay FM this week. The interview can be heard here.