Galway United are delighted to announce that Colm Horgan has re-signed with the club for the 2015 SSE Airtricity League Premier Division season. 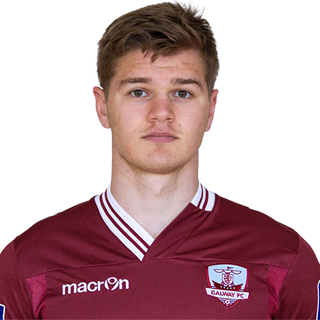 Horgan’s consistent performances for the Tribesmen earned him a place on the PFAI First Division Team of the Year.

The former Irish school’s captain was instrumental in Galway having one of the meanest defences in the SSE Airtricity League First Division, conceding only 23 goals in 28 games.

“At just 20 years of age, Colm is already an accomplished full back and he is only going to get better.” Dunne told www.galwayunitedfc.ie.

“Last season he was a hugely important player for us, I felt as the season wore on, defensively we improved as a unit and Colm played a massive part in that.

“Next season will be a step up for everybody at the club and I’m confident that Colm can continue his development with us, he’s got a great attitude and we’re delighted to have him back for the 2015 season.”