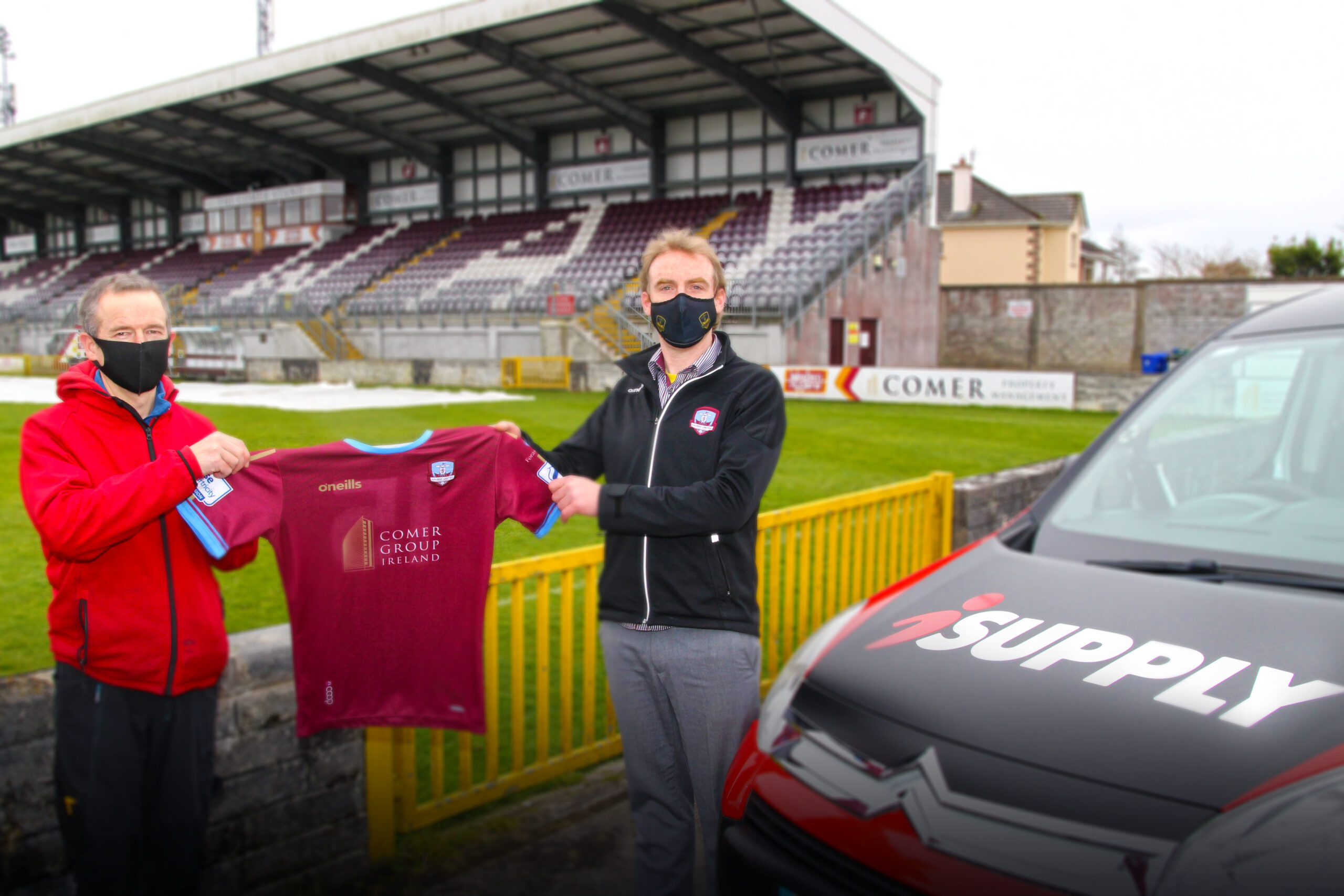 Local company iSupply and Galway United FC have extended their partnership for another season. The deal was announced this week by Galway United commercial manager, Francis Kelly and Louis Donnellan managing director of iSupply. This deal locks iSupply in as Galway United’s Official Printing Partner for the 2021 season.

“It is great to see a true local Galway business like iSupply recognising our continuing efforts to improve our club on and off the pitch. United’s success has always been strongly linked to the success of our local business and community supporters.

Having spoken with Louis it is great to see their ambitions to build success within their own company matches our own vision for United. iSupply take care of all our printing needs, from pitch signage to match day programme printing. And we are delighted to continue this long term relationship.” – Francis Kelly, Galway United Commercial Manager

“We as a company have been involved with Galway United  for over 20 years and it’s a real testament to our relationship that we continue to be excited about our sponsorship all these years later. Although we’ve all had a very challenging time of late I think it’s crucial to support the efforts of a club like United. We can’t wait to see our team on top once again!” – Louis Donnellan, iSupply Managing Director

iSupply are a Galway based media company providing whole business solutions in print, sign, vehicle branding and design services throughout Ireland and internationally. iSupply operates from its print hub in Ballybane, Galway servicing all of Ireland and employs over 30 people.