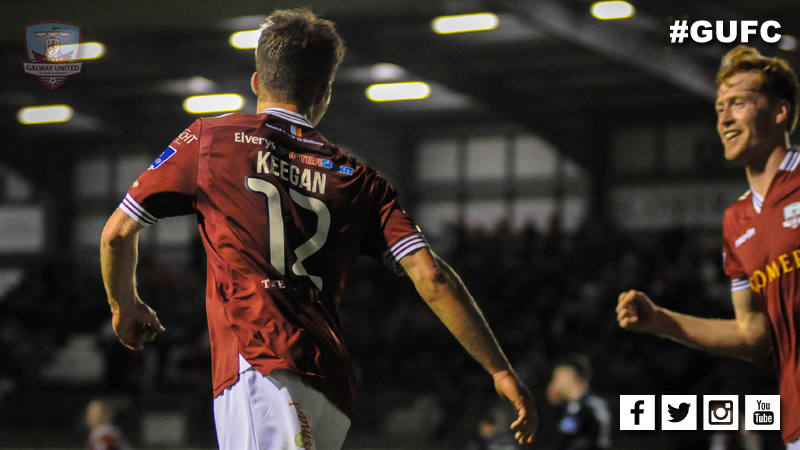 Galway United’s #12 made it 12 league goals for the season at Eamonn Deacy Park on Saturday night when he notched his second hat-trick of the season, helping the home side to a crucial win against Longford Town.

On a night where he received his OpenJaw Technologies Player of the Month award for July, the American took his goal tally to 16 for the season.

Keegan hailed the importance of the win when he spoke to www.galwayunitedfc.ie after the game.

“We were on a really bad run of form, we really needed it. Almost everybody around us in the table won or picked up a draw at least so it was vital that we won and got back on track with a convincing win.

“Obviously I’m happy with my own performance tonight, but you have to look at the service I received. I mean, the set piece deliveries from Jay (Jason Molloy) and Ryan (Connolly) were top notch. Then for the third goal, there must have been 20 or 30 passes in the build up. It’s one of the best team goals you’ll see all season. I think the fans were singing oles for 2 minutes.” 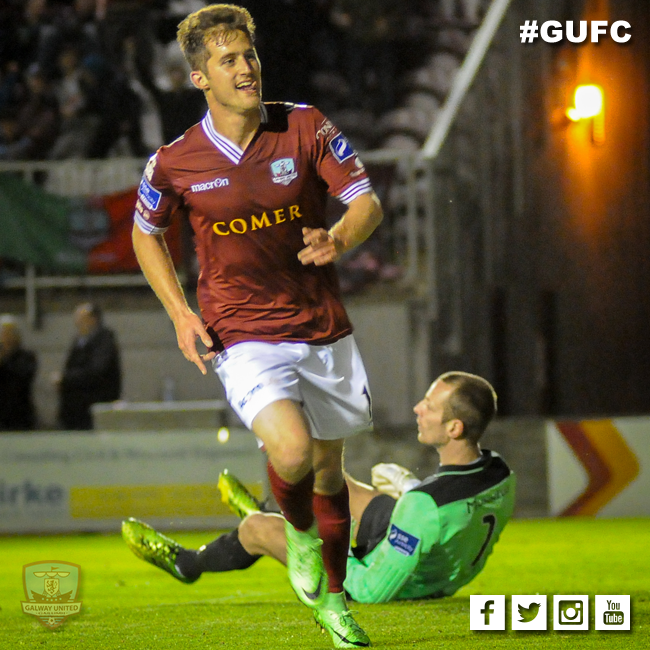 United’s next game is against St Patrick’s Athletic in the EA SPORTS Cup Final and Keegan hinted at wanting another league game next week, so the Tribesmen could build on the Longford result.

“I probably would’ve liked the momentum to continue. It seems that when we get some time off, we slow down a bit but I’m hoping in the cup final in front of over 4000 supporters, we’ll be up for the challenge and it’s something to look forward to.

“Hopefully all of the lads came through the Longford game without injuries and we will hope to get two weeks of quality training under our belts in preparation for it. I’ve never won a cup at professional level, it will be my first. I’m relishing the occasion and we’re all hoping that Galway will come out in its thousands for us, just like they did for the hurlers.”