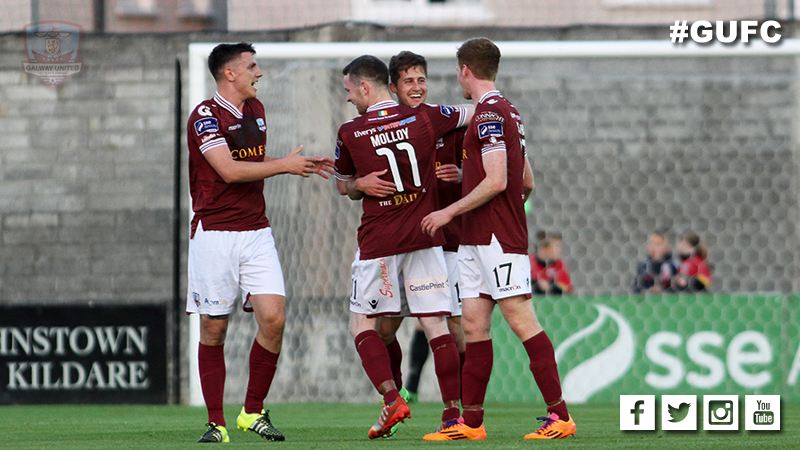 Jake Keegan’s second hat-trick of the season, bringing his goal tally to 16 in all competitions, helped the Tribesmen to halt a recent run of poor form. Gary Shanahan topped the evening off with a powerful finish.

Longford Town striker Gary Shaw made a return to the midlaners starting eleven, he combined with David O’Sullivan but his connection with the ball wasn’t crisp and Conor Winn dealt with his scuffed shot easily.

Jason Molloy’s deliveries were on point and Gary Shanahan almost benefited from one of his probing corner kicks but he nodded the ball narrowly wide under pressure from the Longford Town rearguard.

United hit the front in the 18th minute. Jason Molloy drilled a free-kick goalward, Jake Keegan got ahead of his marker and he prodded the ball past Paul Hunt. 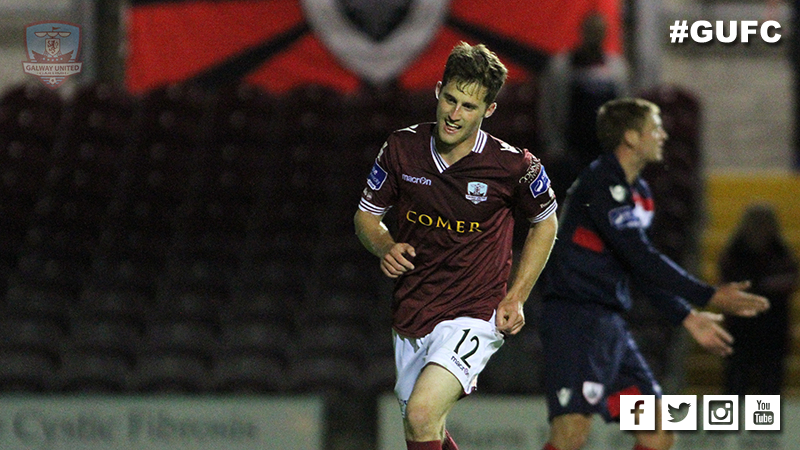 Longford winger Lorcan Shannon swung a dangerous cross into the box, but no Town striker gambled on the ball and the ball sailed into Conor Winn’s grateful hands.

On the stroke of half time, Enda Curran was inches away from doubling Galway United’s lead. Jake Keegan provided the inch-perfect cross from the left, Curran met the ball with a diving header but he couldn’t direct the ball at goal.

Longford should have got back on terms five minutes after the interval, but somehow David O’Sullivan side footed wide with the goal at his mercy.

Jake Keegan grabbed a second goal of the evening on the hour mark. The returning Ryan Connolly curled a superb free-kick deep into Longford territory and Jake Keegan flicked the ball past Paul Hunt.

United blitzed Longford in the second half and Gary Shanahan added a third with a clinical finish. Kilian Cantwell played a sublime ball over the top out of defence, Shanahan raced through on goal and he blasted the ball into the roof of the net. 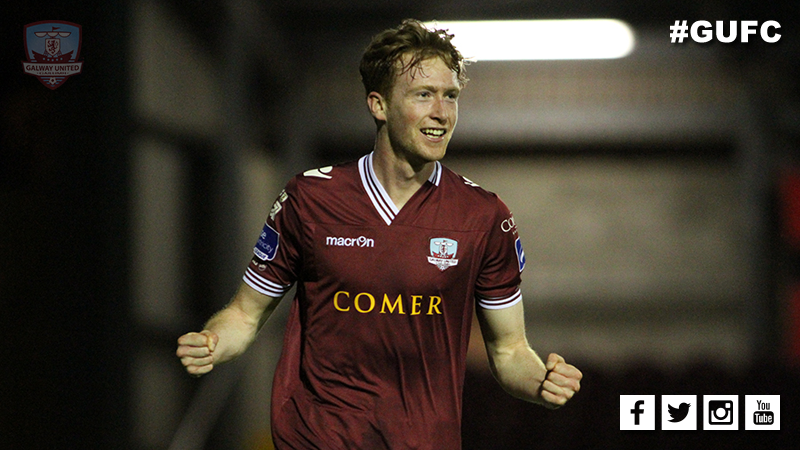 Unbelievably, United added a fourth goal 20 minutes from time. It was a goal of real quality, with buildup and over 20 passes. United captain Paul Sinnott rolled the ball to Jake Keegan and he applied the finishing touch, to seal his second hat-trick of the season.

Longford Town substitute Dean Kelly got a consolation for De Town, firing past Conor Winn after he was played through.

A late penalty awarded to Longford Town, which bewildered the home support, was converted by Dean Kelly but it mattered not as United recorded a timely win ahead of the EA SPORTS Cup Final.