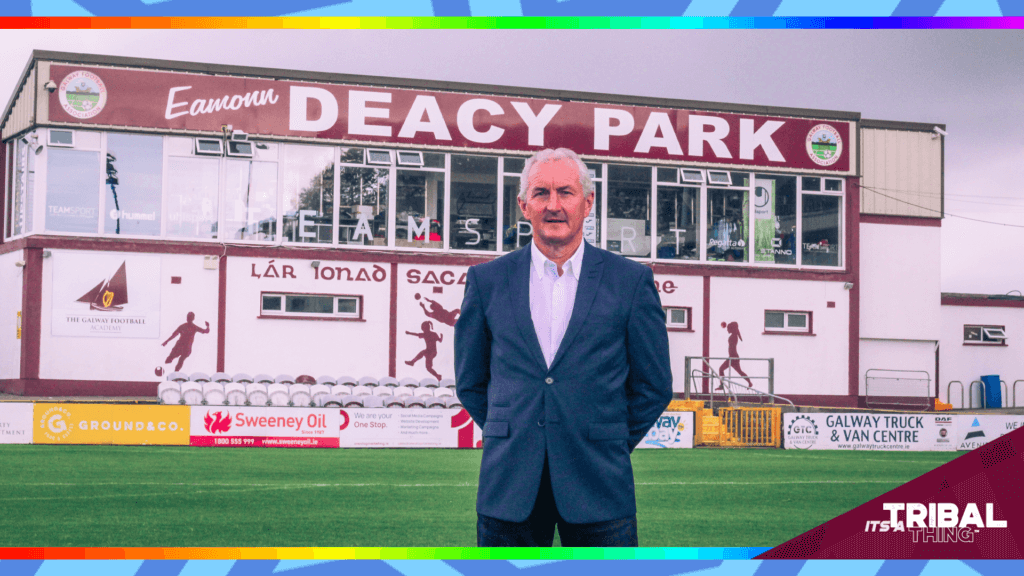 Galway United are delighted to announce that John Caulfield has agreed a new contract at the club until the end of the 2023 campaign.

John has turned United from First Division strugglers into a team currently joint-second in the table.

He won two FAI Cups and a Premier Division title with Cork City, and has overseen significant progress since he took over at Eamonn Deacy Park. Galway United director John Corbett said:

“When John took over, compared to now, there’s been great progress, and we are pushing hard to improve the club at all levels . He is building sound foundations for the future.”

“We are thrilled that John has committed to the club and hopefully with the help of our fantastic support and all football supporters in the city and the county we can make Galway proud.“

“ I’d like to thank Jonathan Corbett and the board for their support and also Head Coach Lisa Fallon and Colin Fortune and Danny Broderick, Luca Aimi, Mark Herrick and Head of Performance Johnny Glynn.

We have a lot of hard work ahead of us but since I came to Galway the welcome I have received from the fans has been terrific. I’d like to thank the Galway football community for their support . Let’s all work hard together for this great club. Gaillimh Abú.”