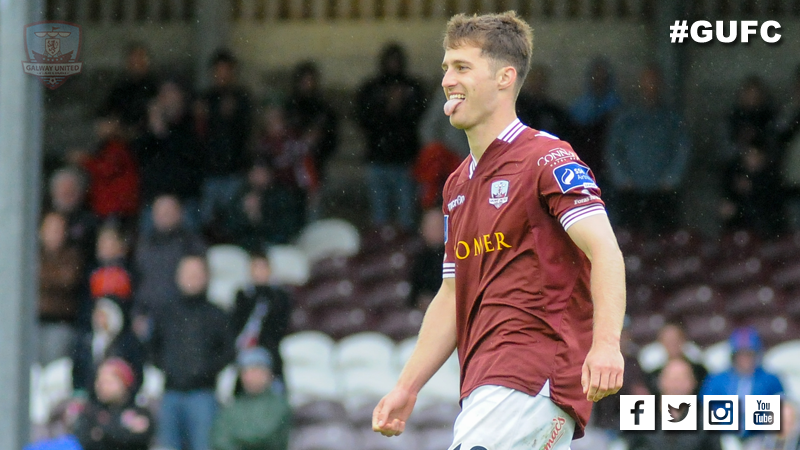 Jake Keegan helped Galway United to progress into the EA SPORTS Cup Final after he sent Dundalk goalkeeper Gabriel Sava the wrong way from the penalty spot, after Ger Hanley saved two of the Lilywhite’s spot-kicks.

Speaking to www.galwayunitedfc.ie after the game, the American explained that he was thrilled to play a part in United’s Cup run: “It’s great for the people of Galway and the wider community, you could see how much it meant to everybody with the kids running onto the pitch at the end,” Keegan said.

.@YanksAbroad…Jake Keegan was man of the match & scored his pk to help @GalwayUnitedFC advance to Irish Cup final pic.twitter.com/CGTvKabSVu

“It was a great result, we defended unbelievably. As a unit, we defended from the front and Ger Hanley came out big for us in the shoot-out.”

United were ravaged by injuries and Tommy Dunne could only name four substitutes with three of those being U19 players. Keegan praised the desire of his teammates.

“We played the same eleven against St Pats except Ger Hanley and Jay Molloy came in and I’d say Jay was maybe going at 80%, he wasn’t fully fit and he put in a great shift. The work we put in over the last three or four days has been phenomenal honestly.

“It says a lot about the character of the squad but it also says a lot about our fitness work, we’ve a lot of young players. The work that we do with Adrian Cradock and Emmett Hartigan plays a huge part.

“In extra-time, I think Dundalk had a little bit better of the play but we kept working and we took the game to them and we created a few good chances ourselves.

It’s just a great moment. If we could get a home final, it would be fantastic to see a big crowd come out again.

United have another important league game at Eamonn Deacy Park on Friday night when Derry City visit the west.

“Derry is a hugely important, it’s massive. We need to win that,” Keegan stressed.

“Derry City are in the fight with us and we want to open a gap between us. They picked up a big win against Longford Town, so they’ll be confident, but we’ll believe we can get another result against Derry City on Friday.”