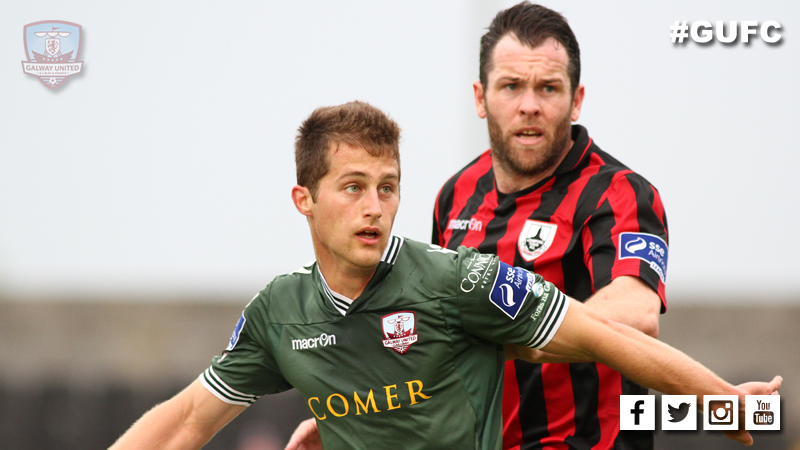 The American has chipped in with 13 goals so far in 2015 and before the mid-season break, he headed the winner against Saturday’s opponents Longford Town at the City Calling Stadium.

A poor recent run of form has seen United dragged into the dogfight at the bottom of the table and Keegan is keen for the Tribesmen to recapture their mid-season form.

“We’ve been in a rut lately,” Keegan conceded.

“We’ve had a lot of injuries problems and poor results. Longford at home is a big game for us, they’re near enough to us in the table, it’s absolutely vital that we not only get the three points on offer but also get back on track and hopefully put a little bit of space between ourselves and the bottom of the table.”

United have been buoyed by the signing of Finnish winger Tomi Saarelma and it is hoped that a number of players will return from injury against the midlanders on Saturday. Keegan insists the news is timely boost.

“Tomi has looked very good in training, he could be a key player for us coming down to the last few games.

“Honestly, it’s just about getting back to the form we had in the middle of the season when we were playing well and winning games at times. If we can get bodies back, then hopefully results will improve off the back of that.”

Tony Cousins side present a stern challenge for United, last week, Longford picked up a valuable three points against Bray Wanderers at the City Calling Stadium. Keegan knows the Tribesmen will have to improve in order to pick up a positive result.

“Longford are excellent defensively, they have a lot of experienced players with a lot of know-how. They’re gritty and hard nosed, so it’s not going to be an easy game for us. Every game against them has gone down to the wire, they scored a last minute winner against us this year and Gary (Shanahan) scored a last minute winner against them last year, so these games can go either way. At home, we know we need to get the job done and to pick up the three points. Time is starting to run out.”

Saturday’s clash against Longford is Galway United’s last game before the EA SPORTS Cup Final at Eamonn Deacy Park and Keegan is hoping to see large attendances at two equally important fixtures for the club.

“Going back to last year, the games towards the end of the season, it made such a big difference having the big crowds at our games, especially in the Play-offs, both home and away.

“Make no mistake about it, It would be a huge boost for us to have large crowds at both games, these are important games for the club.”