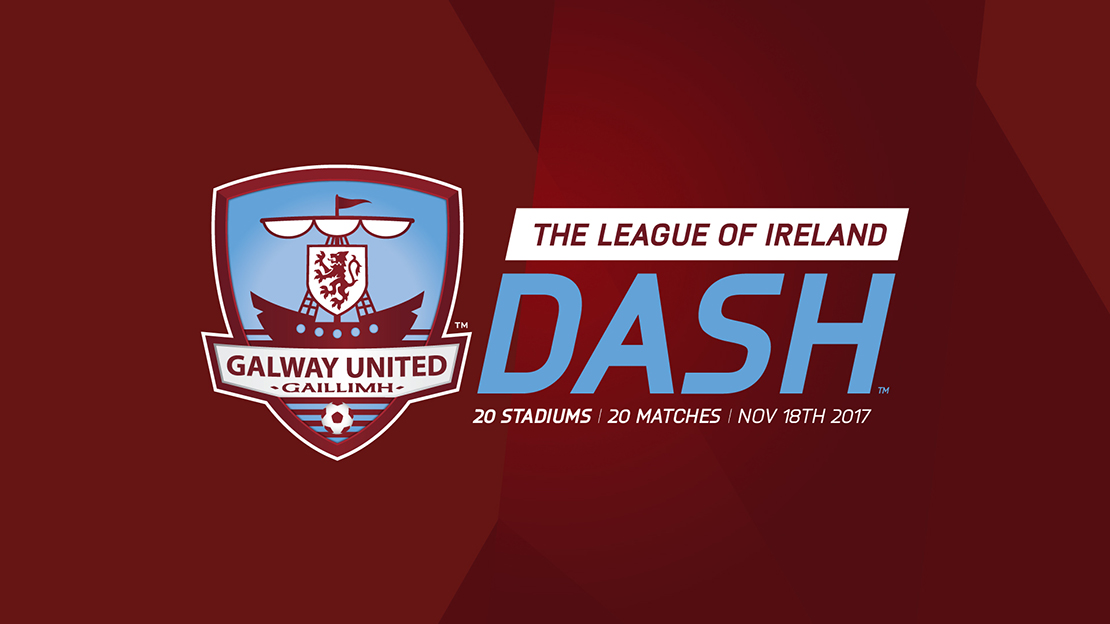 It is going to be some dash around the country on November 18th – 24 hours, 20 SSE Airtricity League of Ireland grounds, 32 players with an appreciation for Galway United Football Club.

A couple of decades ago Galway United embarked on a similar fundraiser.

Stephen Connolly’s idea to recapture and replicate an interesting story from United’s past ensures a new generation will travel through four provinces once more.

Connolly has been ably assisted by Dominick Walsh and a strong committee who include some of the most loyal and valuable servants to the Galway United cause including Connolly’s Father Noel who participated in the venture 20 years ago.

Playing 10 minutes on the turf of every League of Ireland pitch promises to be lively. That it will be accomplished within a day merely adds to the drama and intrigue.

A rewarding journey beckons. Memories are certain to be made, friendships strengthened, and the importance of Galway United in the community shouldn’t ever be underestimated.

This is a major end of season fundraiser for Galway United. You can contribute to participants fundraising efforts at this LINK.