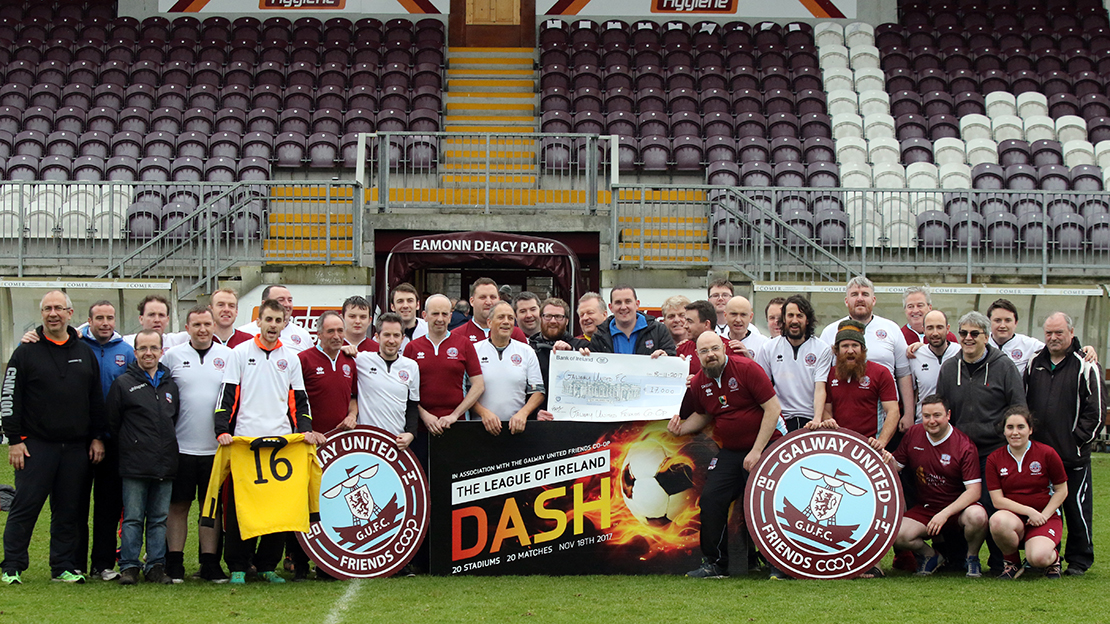 On the 18th of November, 32 Galway United supporters completed the League of Ireland Dash fund-raiser, which saw them play in all 20 SSE Airtricity League grounds in just 24 hours.

Planning for the LOI Dash began in August and the committee and Dash participants were busy for months, planning the day, organising sponsorship and raising the funds required.

A cheque for €17,000 was presented to Galway United directors at Eamonn Deacy Park, but further donations and sponsorship has taken the total raised for the club to €20,000! An amazing contribution to the club from our supporters.

Chairperson of the League of Ireland Dash committee, Stephen Connolly, was delighted with how the fund-raiser was received.

“It was hugely positive and all the SSE Airtricity League clubs were helpful, it was a success.

“It’s important to run fundraisers like this, especially because the club has little income in the off-season bar season tickets.

“This is the first big fund-raiser since the club became fan owned, it’s been very positive and very rewarding and it shows what the fans can do.

“I’d like to thank the Dash committee, all the participants, the clubs and our sponsors O’Brien’s of Galway, Subway Westside, Londis Newcastle, M2Sport and Four Star Pizza.

“Finally, we’re all very grateful to everyone who donated and supported our participants.”