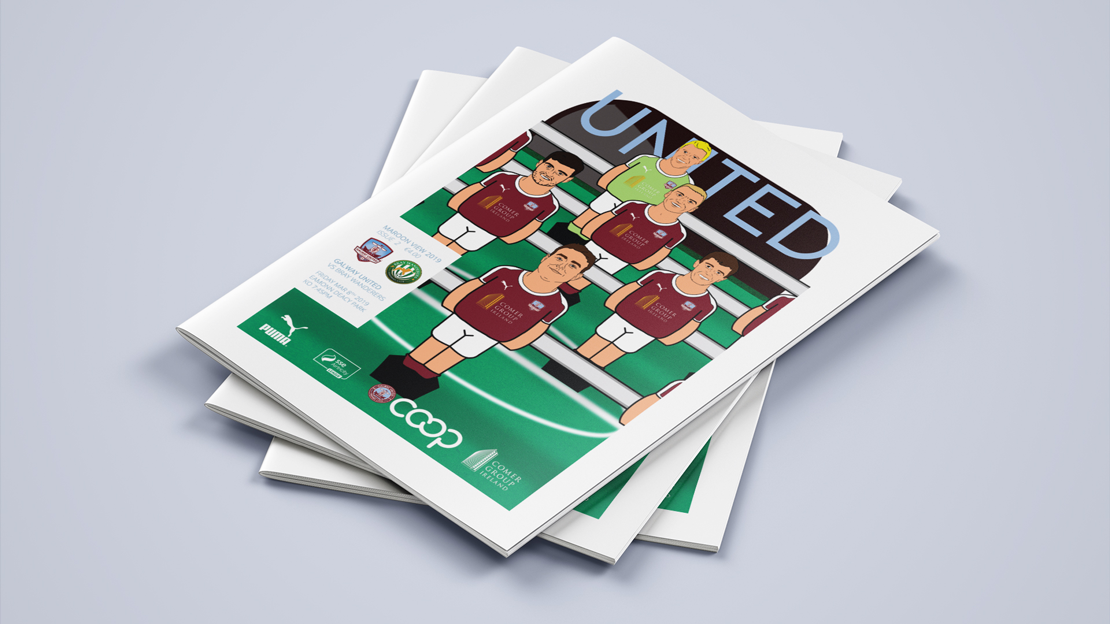 Issue two of Maroon View for Friday’s league meeting with Bray Wanderers is a 56 page full colour bumper edition that we’re sure our supporters will love!

Maroon View totally sold out on the opening night of the season, so we urge supporters to purchase their copies as early as possible on match night to avoid disappointment.

Here’s a preview of what can be seen in the second issue of 2019 for the visit of Bray Wanderers.