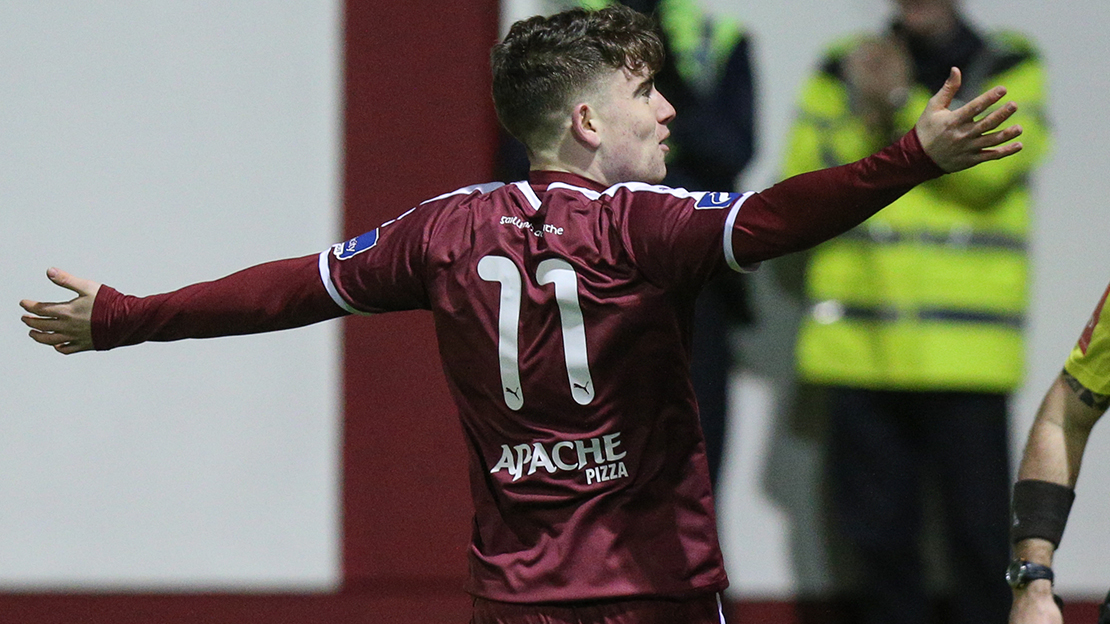 Alan Murphy’s side come into Friday’s game full of confidence after securing successive away wins where they dispatched Wexford 4-0 at Ferrycarrig Park and won in extra-time against Athlone Town in the EA SPORTS Cup on Monday night.

Speaking ahead of the Bray game, United boss Alan Murphy felt that Gary Cronin’s charges will present his side with another stern test at Eamonn Deacy Park.

“It’s only our second game at Eamonn Deacy Park and we’re saying that we’re facing the best side in the league once again.”

He continued: “Before a ball was kicked, everybody was saying it was Shels, but I have been adamant that this Bray team is the best on paper in terms of the mix that they have.”

RISE TO THE CHALLENGE
Murphy told www.galwayunitedfc.ie: “This is going to be a really good test of where we are and where we can get to.

“A lot of work has gone in since the Athlone game and it’s all systems go for Friday night to deliver the basic requirement which is a performance in front of our own supporters.

“I’ll be happy if my team performs in Eamonn Deacy Park like they have in the first three games of the season. For large parts of those games, I’ve been reasonably happy with the performances.”

BUILDING ON RECENT RESULTS
“The players have a lot of confidence, but we can’t be getting too carried away, and we won’t. It’s only game three of the league campaign and we’re very grounded in terms of where we are and the big task that’s ahead of this weekend.

“As a club, we’re not looking any further than that. We have a tight group of players that are really engaged and want to perform for each other.”