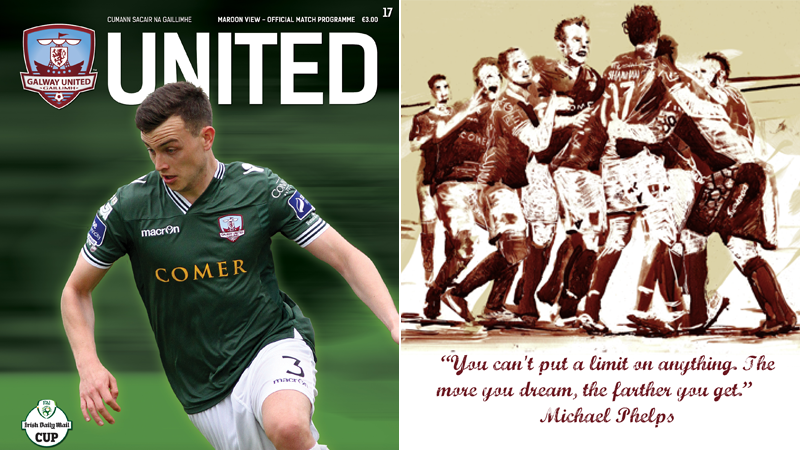 Issue 17 of Maroon View will be on sale inside and outside of Eamonn Deacy Park at Friday’s Irish Daily Mail FAI Cup clash against Dundalk (kick-off: 7.45pm).

A preview of what’s in issue 17 of Maroon View is below, copies will be available for €3.