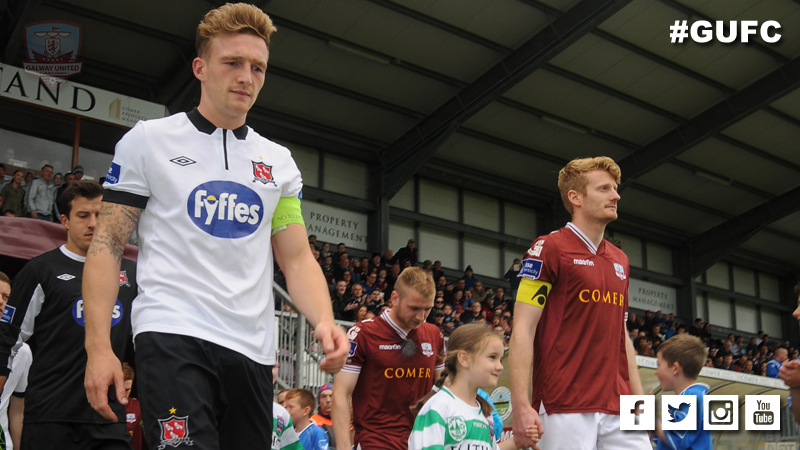 Galway United take a break from their league campaign on Friday night when the Tribesmen host league-leaders Dundalk in the third round of the Irish Daily Mail FAI Cup.

United knocked the Lilywhites out of the EA Sports Cup earlier in the month to reach the final of the competition.

TOMMY DUNNE: “THE CUP IS ALWAYS A WELCOME BREAK FROM LEAGUE ACTION”
“I thought the players were tremendous against Drogheda United on Monday night,” Dunne told www.galwayunitedfc.ie.

“Considering we were missing 10 players, the three U19 players who came into our starting eleven performed really well and they were guided by the experienced heads in our squad.

“Now we’re taking a break from the league campaign and we have a chance to progress and have another go at the best side in the country.

“On the injury front, not much has changed, there won’t be too many changes. The players will go out and enjoy themselves and give it their all.

“The last few weeks have been difficult in the league, it’s a welcome break for the boys.

“When we played Dundalk in the semi-final of the EA Sports Cup, they left everything on the pitch and I’ll be asking the same of the players again on Friday. Anything can happen.”

Jason Molloy and Conor Barry both trained on Thursday morning without any ill-effects so they’ll be part of United’s matchday squad against Dundalk.

Kilian Cantwell (foot) is going for a scan today and that will reveal the severity of his injury. Padraic Cunningham underwent knee surgery today also.

Ryan Connolly (ankle) and Andy O’Connell (foot) are expected to return to training on Monday morning, but neither will be fit enough to play until September.