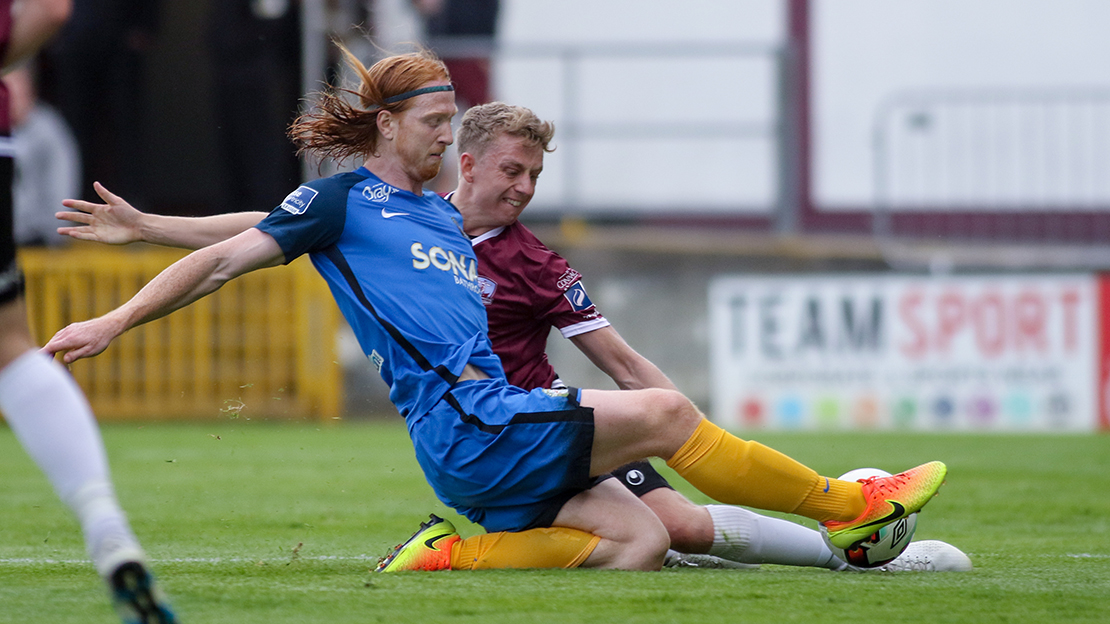 Galway United travel to the Carlisle Grounds on Saturday afternoon for another important league assignment against Bray Wanderers. Kick-off is at 3.00pm.

Prior to the FAI Cup weekend, Shane Keegan’s side picked up another vital win, coming from behind to overcome Connacht rivals Sligo Rovers 3-1 at Eamonn Deacy Park.

The Tribesmen’s back-to-back league wins against Derry City and Sligo Rovers have taken them out of the dropzone ahead of another crucial league outing at the seaside.

Saturday’s opponents Bray Wanderers ran out 5-0 winners against Derry City at Maginn Park and the Wanderers have won both meetings of the sides this season, something that United boss Shane Keegan is looking to rectify on Saturday afternoon.

KEEGAN EAGER TO BUILD MORE MOMENTUM
“There is a bit of confidence in the group heading into the game after our wins against Derry City and Sligo Rovers.

“Bray Wanderers have been a bit of a bogey side for us this year, we lost both of our previous league games against them. Both of the games were tight affairs and fine margins decided them.

“Bray have got some fantastic players and even with Gary McCabe suspended, you have young Darragh Noone to come in, who is having an excellent season. Aaron Greene is an absolute handful and he is one of the top strikers in the league at the minute.

“For our ourselves, I don’t think the break will cause us to lose our momentum, we had a challenge match last week and we trained consistently and I didn’t see any drop off in the players.

“We know how we earned those wins against Derry City and Sligo Rovers, we had hunger to win both games, we knew we had to win them and we have to maintain that if we are to get another positive result in Bray.”

TEAM NEWS
Shane Keegan has no injury or suspension worries ahead of Saturday’s trip to the Carlisle Grounds.