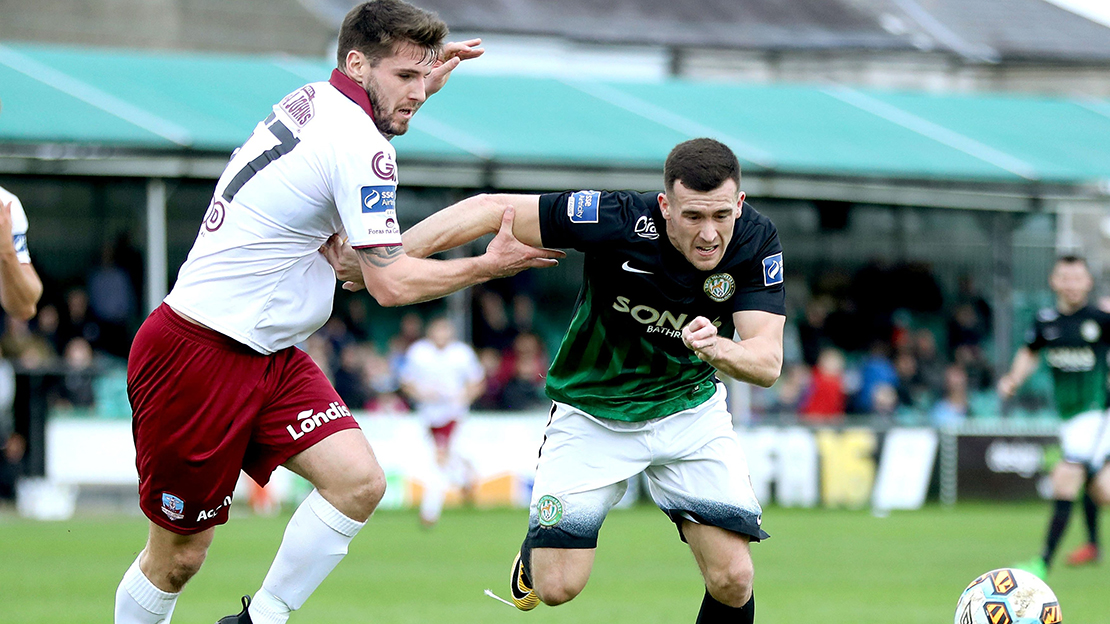 Galway United went agonisingly close to claiming what would’ve been an almost unbelievable win at the Carlisle Grounds, Shane Keegan’s side came from behind twice in a game that ultimately finished 3-3, but the Tribesmen were denied what would’ve been a dramatic winner in injury-time when Ronan Murray saw his penalty saved by Peter Cherrie.

United took the lead at the Carlisle Grounds when Kevin Devaney jinked his way past three Bray Wanderers defenders before planting the ball in the far corner with Peter Cherrie rooted to the spot.

The hosts struck back however and Jason Marks repeated a similar act, stealing in the back-post, totally unmarked, to apply the simplest of finishes and United found themselves behind after making a solid start to the game.

Ronan Murray kick-started an impressive comeback when he was chopped down in the box by Conor Kenna, the Mayo man made no mistake from 12 yards after dusting himself down.

Frustratingly, a third goal was conceded when Gavan Holohan was adjudged to have handled the ball in the box, former Galway United player Aaron Greene sent Conor Winn the wrong way to give Bray Wanderers the lead once again by the Seaside.

United continued to demonstrate their metal, coming from behind for a second time in the match when Rory Hale’s shot crashed off the crossbar and Kevin Devaney was quick to sweep the rebound into the back of the net.

A long ball into Bray Wanderers box in injury time saw Hugh Douglas attempting to switch jerseys with Ronan Murray before the full time whistle had been blown and Tomas Connolly pointed to the spot for a third time in the game, but disappointingly, Murray saw his penalty saved by Peter Cherrie and both sides had to be content with a point.