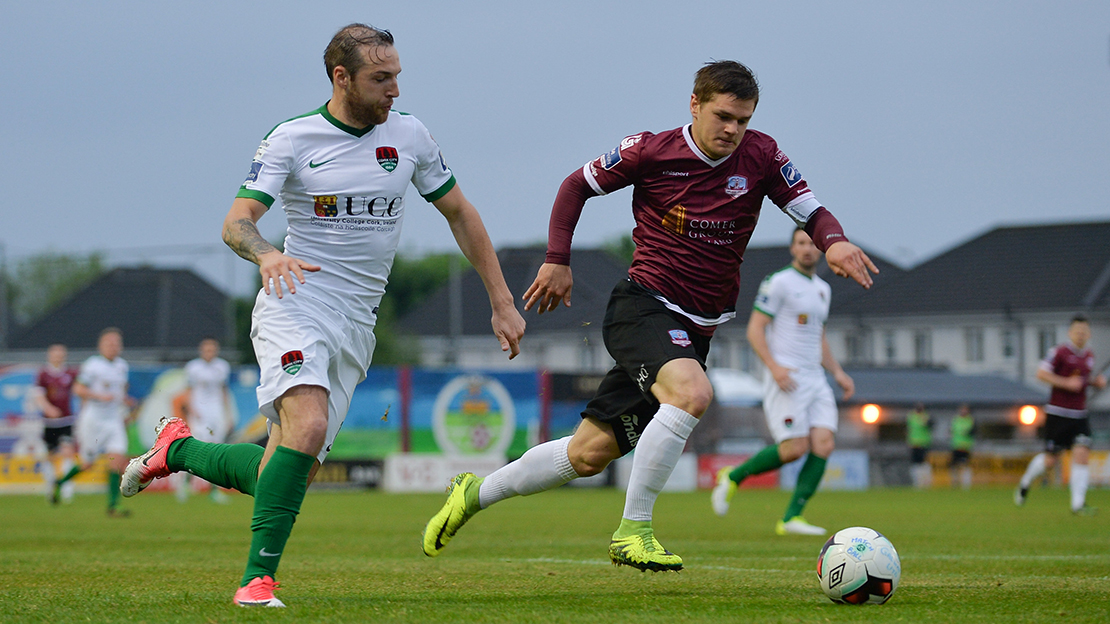 Shane Keegan’s side secured back-to-back league wins for the first time this season last week when United built on their win against Limerick with a 4-1 win against Drogheda United at Eamonn Deacy Park.

United are the only club to take points off John Caulfield’s side this season.

SHANE KEEGAN HOPES TO REPEAT THE ACT AT TURNERS CROSS
“We’re going down there at a good time, because we’re on the back of a good run and therefore confidence is high.

“Cork City don’t have their record for no reason, it’s phenomenal what they’re doing in the league this year, when you look at their home record, they haven’t dropped a single point.

“They’ve only dropped two points on the road and that was against ourselves, in a game we did quite well in, it wasn’t a case of us hanging on. That will give us confidence.

“We put in a fantastic performance that night and anything less will mean you will be soundly beaten. If we can deliver to the level we did the last time, you’re in with a chance of taking something.

“There might only be the one chance in the game, we need to grab that when it arrives. That’s what we’ve done in recent home games, we’ve been clinical.

“Against a side of Cork City’s quality you’re going to have to ride your luck a bit, but we would be hoping there might be a bit of a hangover with Kevin O’Connor and Sean Maguire gone, at the same time, they have so much quality all over the pitch, they’ve more than adequate replacements ready.”