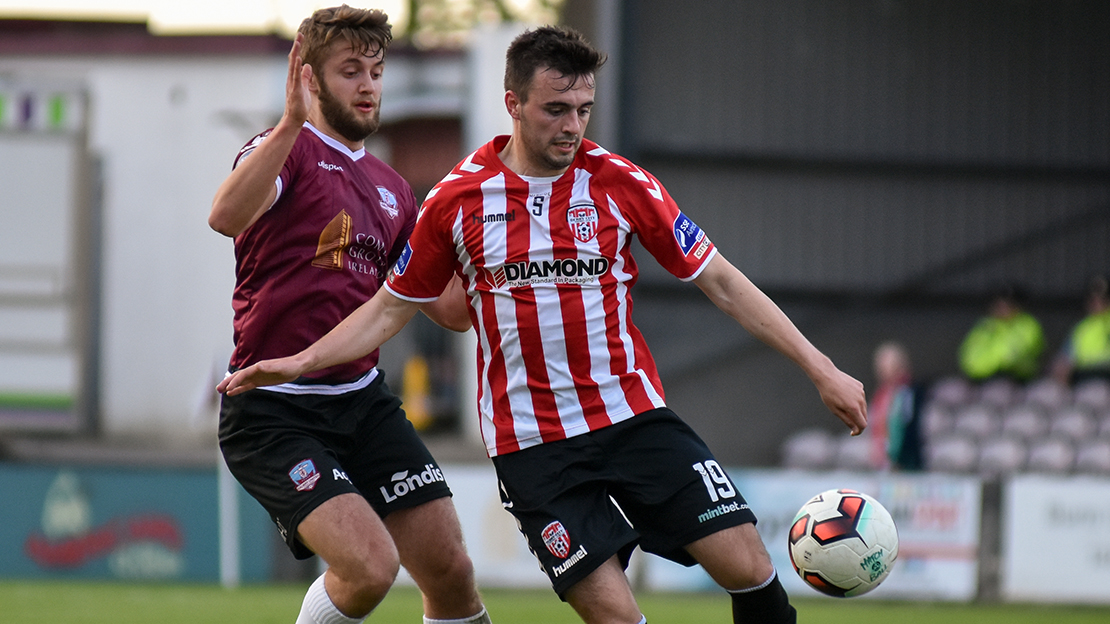 United will be aiming to respond to two disappointing losses on the bounce, against Shamrock Rovers and Bohemians.

United have already faced Kenny Shiels’ side twice at Eamonn Deacy Park this season, knocking the Candystripes out of the EA SPORTS Cup before drawing 0-0 at the start of May.

SHANE KEEGAN WANTS TO SEE A RESILIENT UNITED DISPLAY AT MAGINN PARK
“We went into our last two games on the back of a long unbeaten run and we were doing well for a long time, so it’s hard to suffer two poor results, it was a bit of a blow,” Keegan conceded.

“It’s the first time we’ve taken a big blow in quite a while, it’s all about resilience now.

“You couldn’t ask for a tougher game, having to travel up to Buncrana to face Derry City, but it’s also an opportunity for us to show what we’re made of.

“We put on two good performances against Derry City already this season and that’s given us confidence.”

TEAM NEWS
Jesse Devers is ruled out of the Derry City game with a bout of tonsillitis.

Gavan Holohan (groin) will be assessed before the game and is considered doubtful.