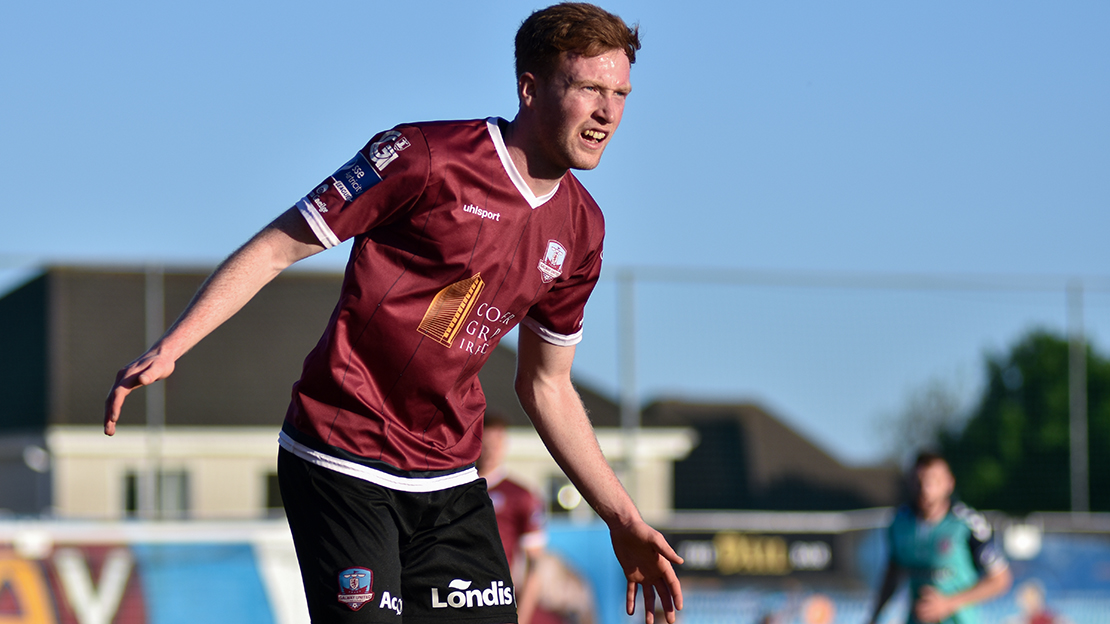 A sloppy start from Galway United at Maginn Park was severely punished by Derry City, who ran out 2-1 winners in a game full of chances for both sides.

After just four minutes, United had the ball in the net when Kevin Devaney’s free-kick was eventually finished by Gary Shanahan, but the lineman flagged for offside.

Derry City broke the deadlock just a minute later when Joshua Daniels was upended right on the edge of the box by Marc Ludden, Ronan Curtis made no mistake, firing into the corner of the net to give the home side the perfect start.

United’s task became even greater just four minutes later when Nathan Boyle was left in acres of space in the box and he powered Barry McNamee’s cross home.

The game could have been out of sight, but Conor Winn did well to deny Barry McNamee with a crucial save to keep United in the contest.

On the quarter hour mark, Stephen Folan stepped out of defence before sending a diagonal ball that Ronan Murray clipped back to Gary Shanahan, who didn’t make a brilliant connection with his shot, but the ball nestled in the far corner, giving United hope that a comeback was on.

Two pieces of trickery and inventiveness from Ronan Murray almost drew Shane Keegan’s side level. Firstly, the Mayo man back-heeled narrowly wide after Kevin Devaney found him in the box. Then from a free-kick right on the edge of the box, David Cawley flicked the ball up for Murray, who volleyed, but Ger Doherty tipped the ball over the upright.

Five minutes before the interval, a corner for the visitors was only cleared as far as Gavan Holohan, who dragged the ball onto his left foot before drilling a shot that drifted wide of goal.

Ronan Curtis almost grabbed a second goal 10 minutes into the second half, but the young striker snatched at the ball when the rebound from a Derry City corner fell in his path.

On the hour mark, United went within inches of levelling the game when Vinny Faherty crashed the ball off the crossbar from close range, Gary Shanahan’s follow up shot was deflected into the side netting.

Ronan Curtis went close for the hosts again when he held off the challenge of Colm Horgan before pulling the ball towards the byline and flashing a shot narrowly over.

Gary Shanahan then delivered a deft cross to the back post, picking out Vinny Faherty, who could only cushion the ball back into the six yard box, but no United player gambled on what would’ve been an easy tap in and Derry City cleared.

Nathan Boyle had two chances late on to grab a third goal for Derry City, but he was denied firstly by Lee Grace, who swept his goal-bound header off the line, then Boyle rattled the post after Dean Jarvis pulled the ball back for the striker in the box.

Ultimately another poor start to a game was the undoing of United.