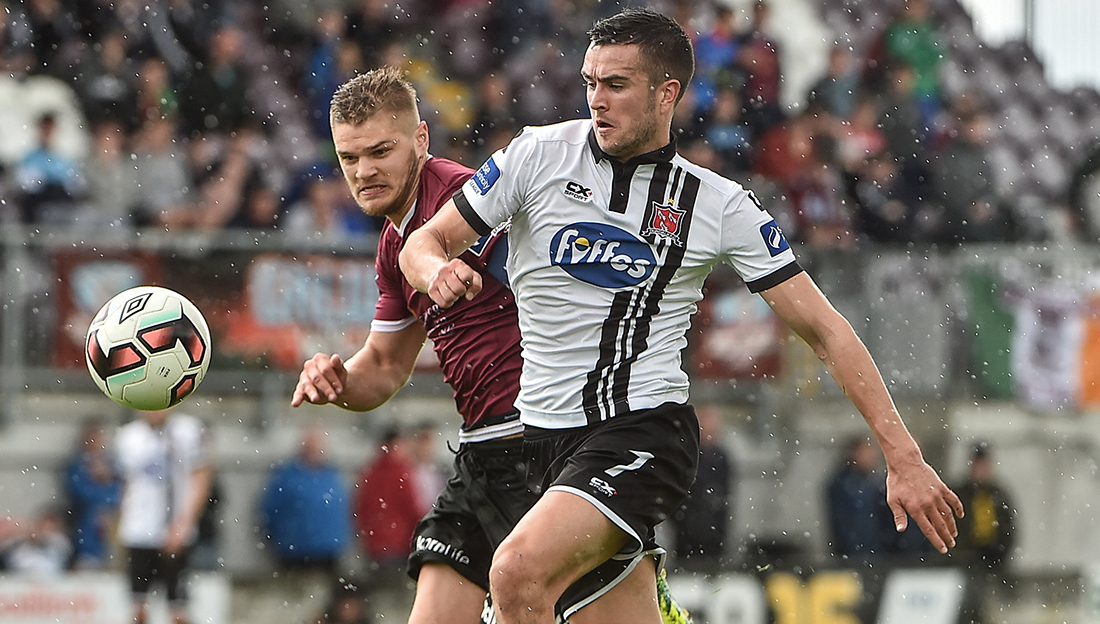 United conclude their 2017 SSE Airtricity League campaign with a season defining league game against Dundalk on Friday night. Kick-off is at 7.45pm at Eamonn Deacy Park.

The Tribesmen know that they must defeat Stephen Kenny’s side and hope that either St Patrick’s Athletic or Sligo Rovers lose against Derry City or Drogheda United, if relegation is to be avoided.

When the sides have previously met in 2017, Dundalk have held the upper hand, winning two of the three meetings.

United recorded their first league win of the season against the Lilywhites at the end of April when Gary Shanahan fired home an injury time winner at Eamonn Deacy Park.

KEEGAN ON DECIDING FIXTURE AGAINST DUNDALK
“All we can do is go for the three points,” Keegan explained to www.galwayunitedfc.ie.

“We’ve been in fantastic form over the last eight or so games.

“We’re playing one of the form teams in the country, on the last day of the season, needing a win. It’s not exactly who you would want to play, but we have to look after our own performance and be in control of that.

“There is no reason that we can’t produce another good performance and if that’s good enough on the day, then we can take a look around at the results elsewhere.

“It’s been remarkable to have over 2,000 supporters at our last two home games. I felt we played well in both games and we gave our supporters something to shout away.

“Last week, we knew if we lost to Limerick, we would be relegated. We produced an excellent second half showing, shooting into the away end and that was a major factor in our comeback.

“If we could get the same level of support behind us against Dundalk, there is no doubt in my mind, it will have a hugely positive effect on the players once again.

“For me, it’s an easy team talk. You want to make sure that the players come off the pitch with their head held high. If everybody gives everything, we can’t ask for anymore of them.

“We will need to continue our high level of performance if we’re going to pull off another crucial home win.”

Other than that, Shane Keegan has a full squad to choose from.