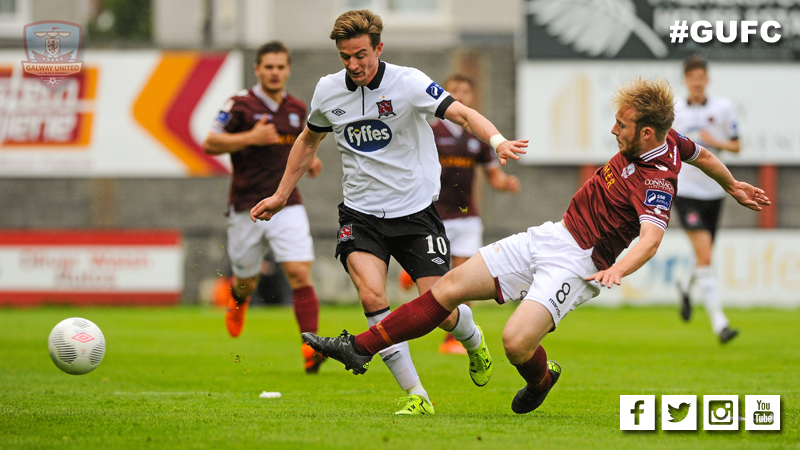 The Tribesmen suffered a disappointing reversal at the hands of Limerick FC at Eamonn Deacy Park last week, while Dundalk drew 1-1 with Shamrock Rovers at Tallaght Stadium to retain their league title.

This will be the fifth meeting of the clubs in 2015. Dundalk knocked Galway United out of the FAI Cup after Tommy Dunne’s sides beat the Lilywhites in the EA Sports Cup semi-final. Stephen Kenny’s men have the edge over Galway United in the league this season, winning both meetings.

TOMMY DUNNE: “LETS APPROACH THE GAME POSITIVELY”
“We’re travelling to the league champions. I can’t imagine that they’ll make too many changes with the Cup final looming.

“We have to approach the game positively and we have to try and get something from it. Our discipline and concentration will have to improve because if you don’t stay tuned in against Dundalk, they will pick you off.

“There are seven teams in the bottom half of the table that are fighting for their lives, a result in either direction can cause major problems for teams.

“We need to be positive in our play and our approach. In the run-in, we have to build a bit of confidence and momentum, I didn’t feel we performed anywhere near to our level against Limerick last week. We’re capable of a lot more.

“We will have to be disciplined against Dundalk, we can’t give any presents away, we need to be at it on the night to pick up a positive result in another important game for us.”

TEAM NEWS
Disappointingly, Galway United were dealt a blow with the news that Alex Byrne will miss the rest of the season with a groin injury.