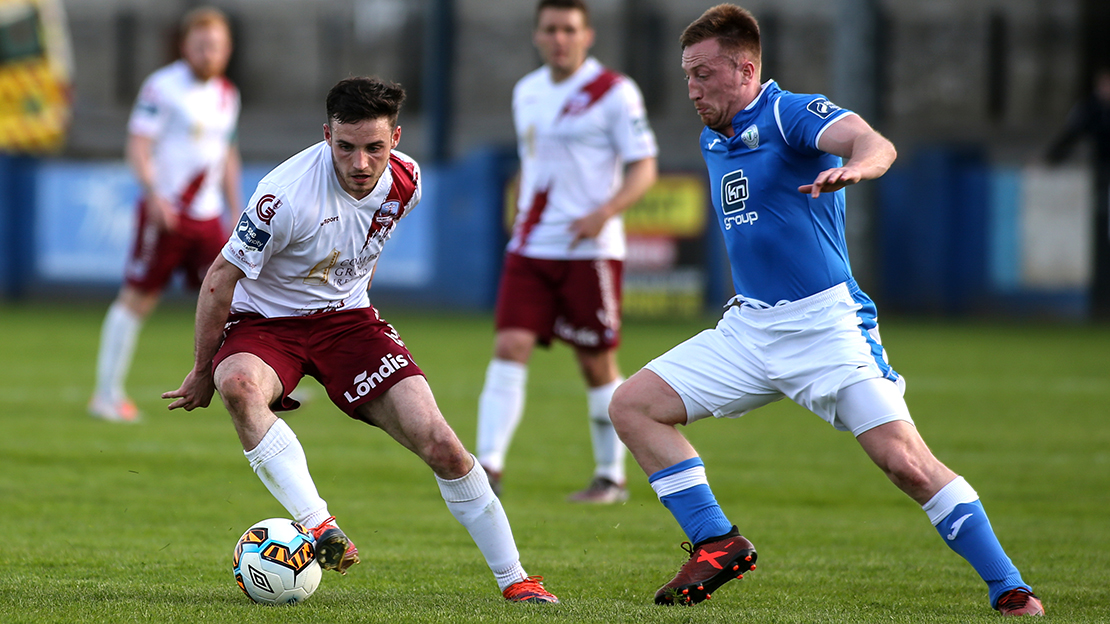 Both sides were knocked out of the FAI Cup last weekend by Premier Division opposition.

United fell to a 2-0 loss against Bohemians at Eamonn Deacy Park, meanwhile Finn Harps lost by the same scoreline against Dundalk at Oriel Park.

With the promotion play-off’s almost certainly out of the Tribesmen’s reach for 2018, United boss Alan Murphy has promoted a number of the most promising youngsters at the club to the first team and they could be in line to make their Galway United debuts at Finn Park.

ALAN MURPHY LOOKS AHEAD TO FINN PARK TUSSLE
“I don’t think there should be any real pressure on ourselves,” Murphy explained to www.galwayunitedfc.ie.

“Harps could win the league yet, they still have UCD to play and UCD have to play Longford and Drogheda also. Therefore they will be really going for it against us.

“They’re a strong and combative side and Ollie will have them well up for the game.

“If we don’t start correctly and the guys aren’t committed to working hard and to our game-plan, it could be a difficult night for us.

“Finn Harps is a different challenge for us. We need to give some guys a chance to impress, there will be a few new faces involved in the squad.

“It’s important going forward for this club that there is a pathway from underage football to the first team.”

Gary Shanahan (foot) and Maurice Nugent (ankle) are both back running, but they’re unable to take part in full training. Alan Murphy (foot) and Dara Mulgannon (mumps) are both ruled out.

Academy trio Colin Kelly, Donal Higgins and Dara Costelloe have signed first team contracts with the club and could go straight into the squad for the Finn Harps game.