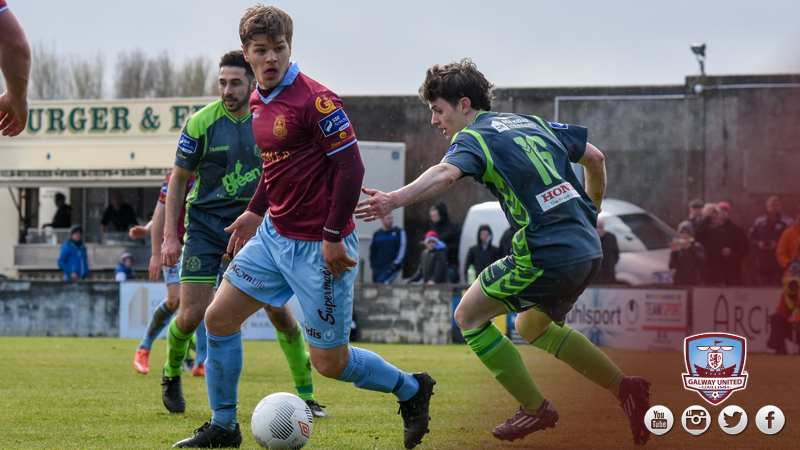 Galway United will be eager to continue their positive start to the season when the Tribesmen welcome Finn Harps to Eamonn Deacy Park on Friday evening. Kick-off: 7.45pm.

United have won all three of their home fixtures thus far against Bray Wanderers, the Mayo League and Bohemians.

Tommy Dunne’s side are just three points off the top of the table and the Dubliner is seeking a positive response from last week’s 2-0 loss against Shamrock Rovers at Tallaght Stadium.

Galway native Ollie Horgan has made a solid start to life in the SSE Airtricity League Premier Division with the Ballyboffey outfit and both Tommy Dunne and former Harps player Conor Winn are expecting a difficult evening at Eamonn Deacy Park on Friday.

TOMMY DUNNE: “IT’S BEEN A DECENT START, WE WANT TO CONTINUE IT.”
“Finn Harps have started the season reasonably well,” Dunne explained.

“They’re picking up results, they’re there or thereabouts in every match they’ve played in, so from our point of view, we’re under no illusions in regards to the toughness of the game.

“They’re a physical team that have good attacking options within their group, they’re defensively strong, so we know that it will be difficult. They’ve come out of the First Division and settled quite quickly, we know what we’re up against. We’re at home and we’ll be looking to win the match, but we know that if we don’t play to our full potential, we won’t have any chance of doing that.

“We’ve started well at home this year, this game could be similar in a sense to the Bohemians match, pending weather conditions. We’ve been working hard during the week on trying to get our own play right and I think if we perform to the best of our ability, we should be able to give Finn Harps a really good match. It’s been a decent start, but we want to continue it.

“Galway has been a place people like coming to. Over the years I think when teams have come to Eamonn Deacy Park there’s been a good surface, nice surroundings and maybe a good match. Since I’ve been here it’s been a bit nice. I think that’s changed and I think it has to change even more. We need people coming to our ground thinking ‘I hope we get something from today’ rather than ‘we definitely will’. We want to make sure that when teams play here, it’s not the nicest experience they’ve ever had.”