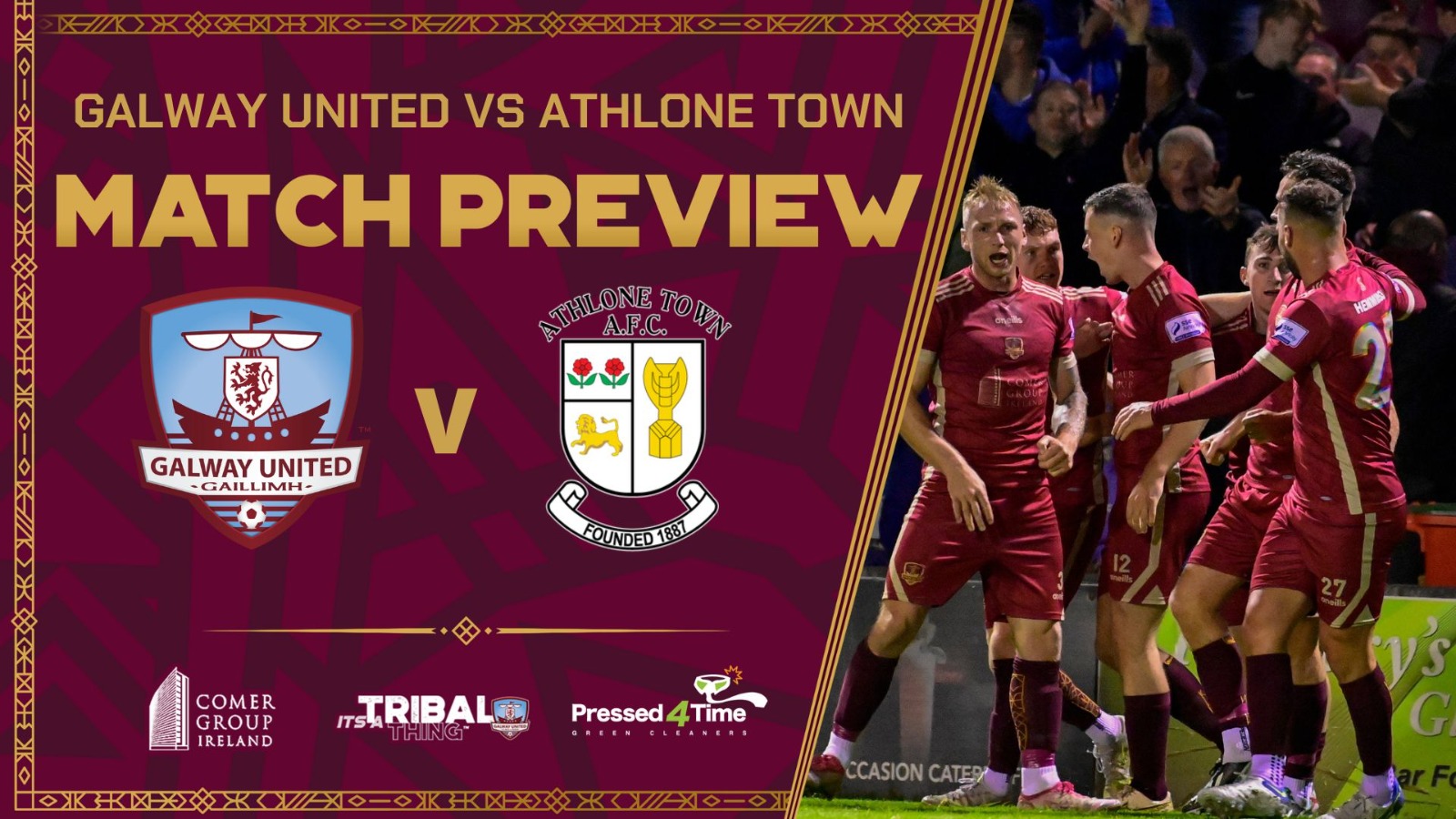 ‘We are trying to build on our form’ – John Caulfield, Manager.

Three league fixtures remain for United, starting with the visit of Athlone Town on Friday evening. Tickets for the encounter can be purchased HERE

The Tribesmen drew 1-1 with Treaty United last time out which sees John Caulfield’s side sit in third place on the First Division table. Stephen Walsh added to his ever-growing goal tally by slotting away a penalty with ten minutes to go to earn a point.

This week’s opposition, Athlone Town, are in eighth position on the table – drawing with Longford Town in their most recent outing.

Ahead of the game, manager John Caulfield said:

“With Waterford winning the last day, we want to win this week’s match to try to get back into second position.

“We are trying to build on our form but we know that Athlone are strong and counter-attack well.

“We look forward to Friday’s game.”