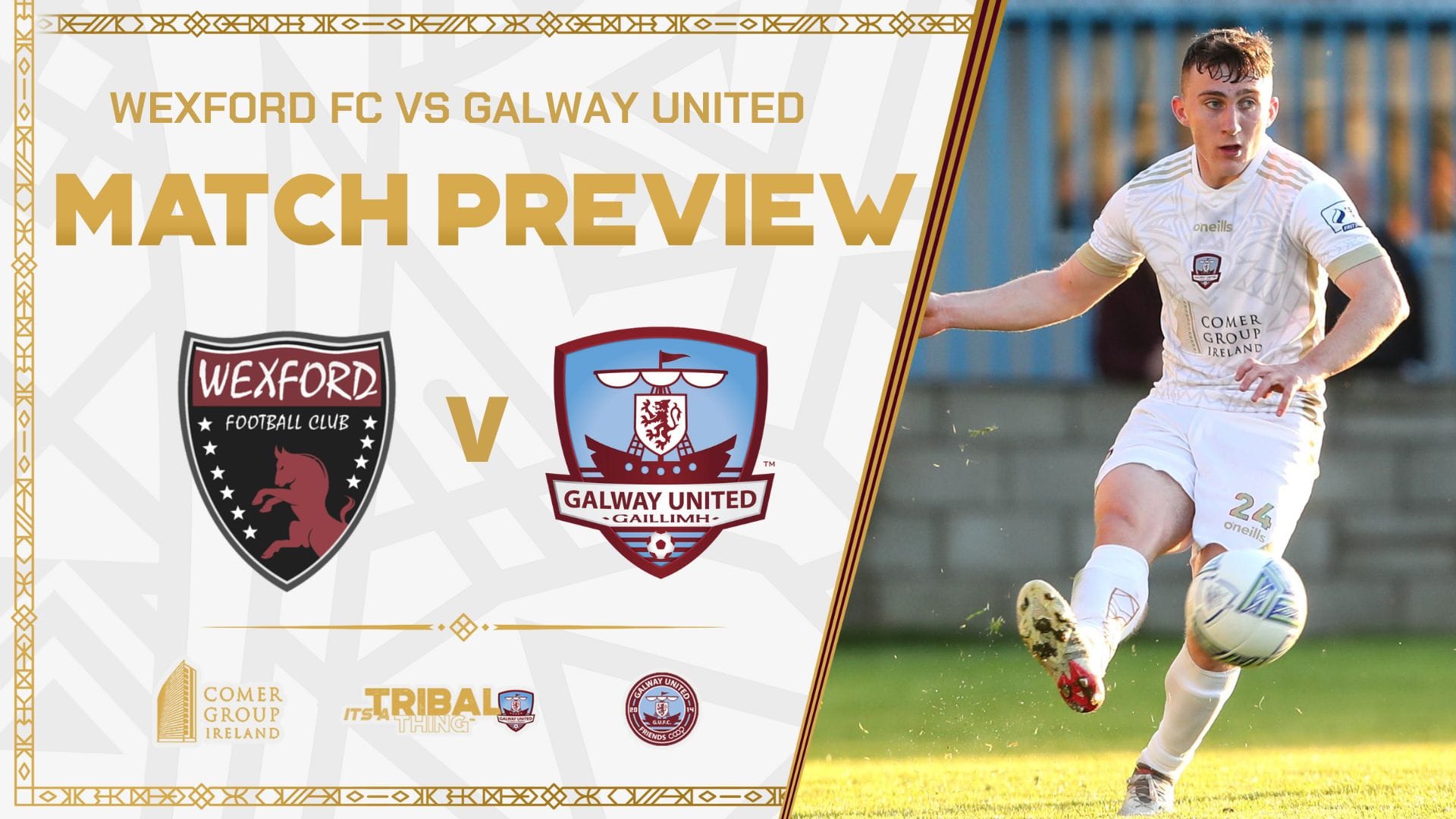 ‘We are looking to get a win to build momentum’ – John Caulfield, Manager.

Galway United visit Wexford on Friday – Kick-off is at 7.45 pm.

Two league fixtures remain for United, starting with the trip to Ferrycarrig Park to face Wexford on Friday evening.

The Tribesmen were dealt a blow last time out when they were defeated 2-1 by Athlone on Friday night. That result sees John Caulfield’s side sit in third place on the First Division table.

Stephen Walsh did, however, add to his ever-growing goal tally by scoring his 18th of the season.

This week’s opposition, Wexford FC, are in sixth position on the table – drawing with Cork City in their most recent outing.

Ahead of the game, manager John Caulfield said:

“The playoffs are around the corner we’re looking to get a win to build momentum.”