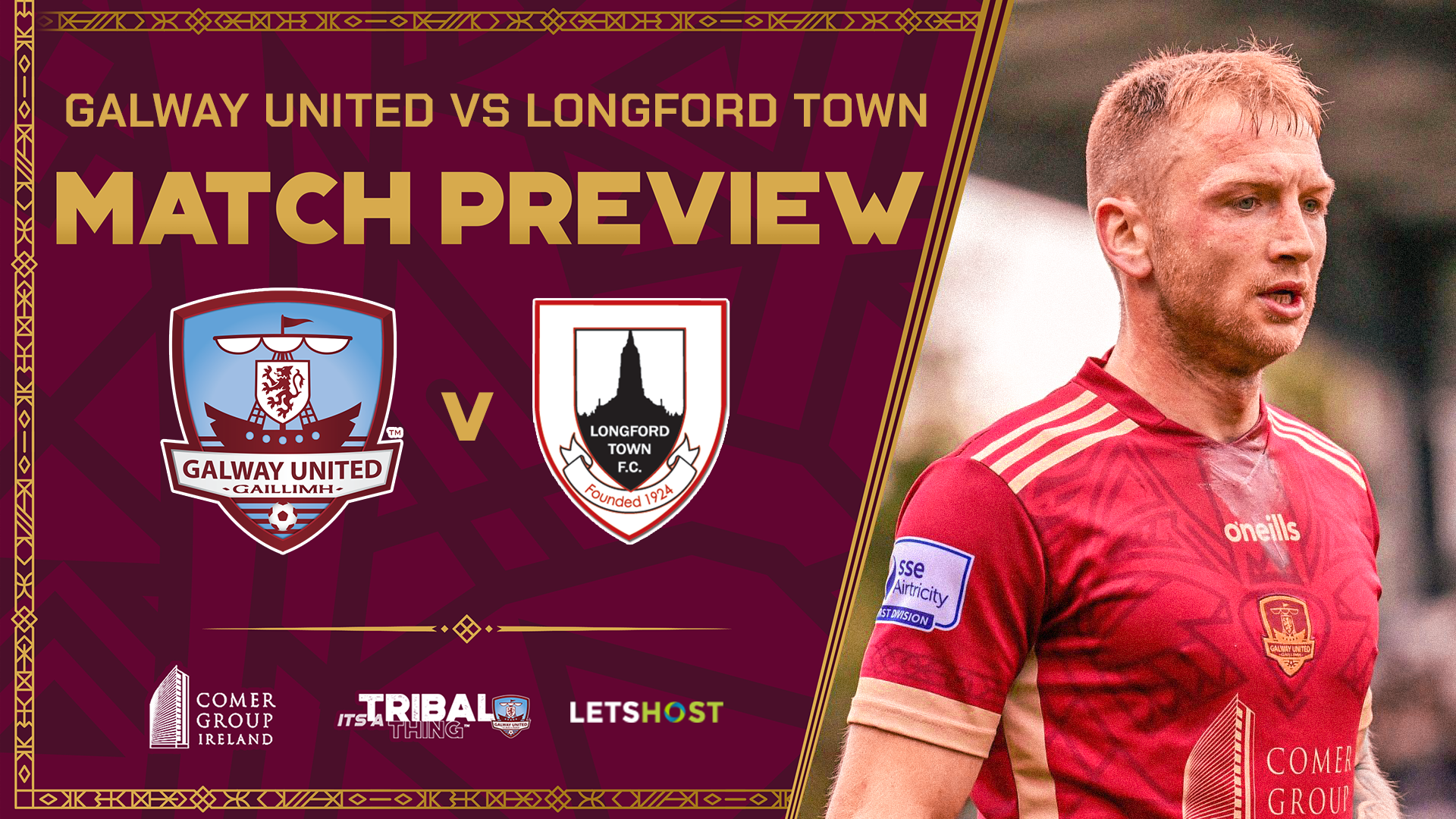 ‘Opportunity to give game time to players on Friday night’ – John Caulfield, Manager.

Galway United host Longford Town in their last league outing of the season on Friday – Kick-off is at 7.45pm.

The Tribesmen conclude their First Division campaign at Eamonn Deacy Park this week before the playoffs begin next Wednesday. Tickets for Friday’s home fixture can be purchased HERE

United will take on either Longford or Treaty United in a two-legged tie to determine who goes to the First Division playoff final. Dates for the playoff fixtures are Wednesday, October 26th (Away leg) and Sunday, October 30th (Home leg).

First up is the league clash against Gary Cronin’s outfit and manager John Caulfield says his side are “preparing for the playoffs and it will be an opportunity to give game time to players on Friday night.”