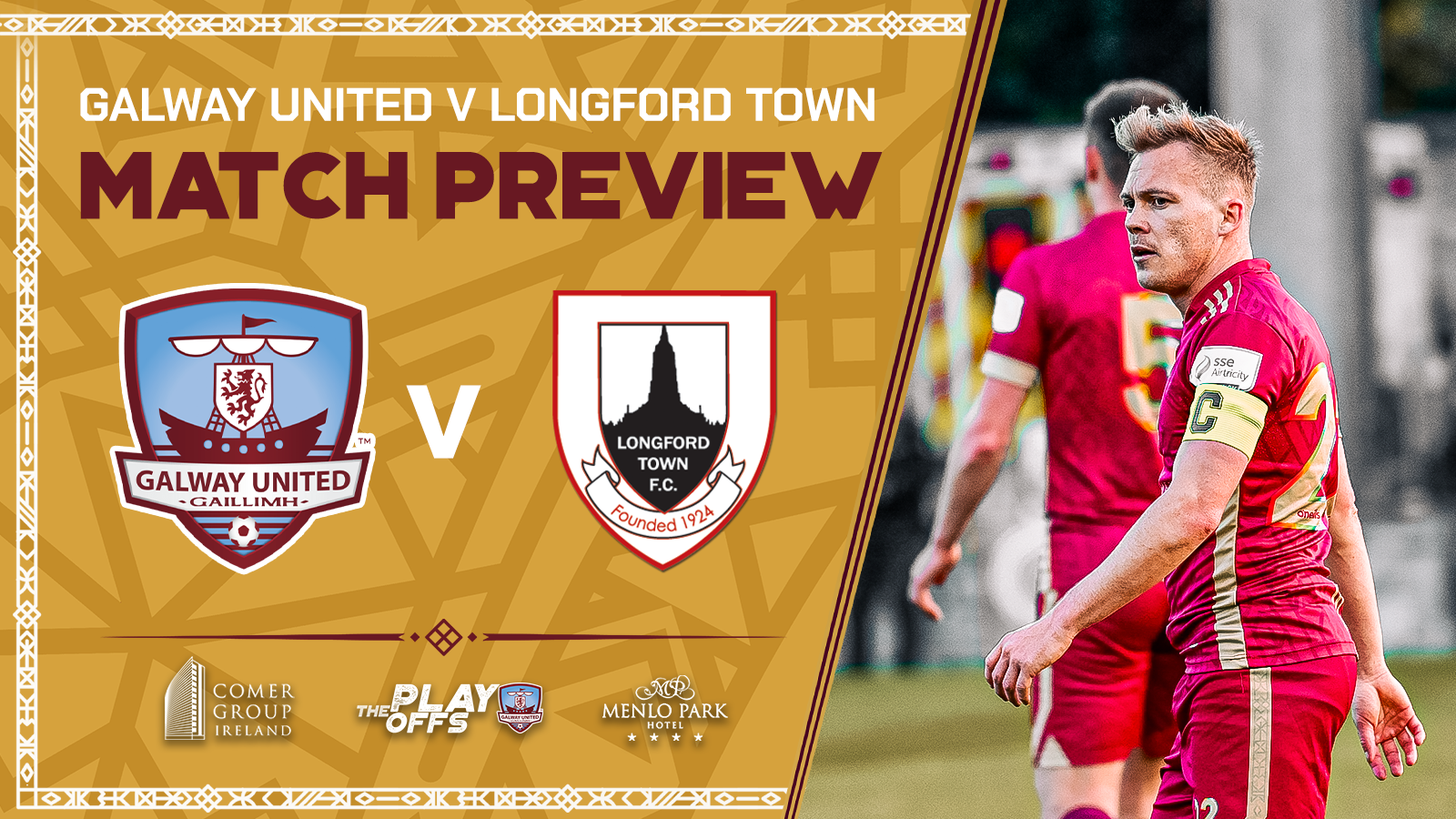 ‘We are looking forward to a cracking atmosphere on Sunday’ – John Caulfield, Manager.

Galway United host Longford Town in the second leg of the playoff semi-final on Sunday – Kick-off is at 4pm.

Both teams have it all to play for on Sunday with the tie on level terms heading into the home encounter at Eamonn Deacy Park. Tickets for the game can be purchased HERE

The Tribesmen came from behind on two occasions in the first leg to earn a 2-2 draw at Bishopsgate on Wednesday. Mikie Rowe made the impact off the bench as found the net twice while former United player Jordan Adeyemo scored his side’s two goals.

Ahead of the second leg, United manager John Caulfield said:

“There will be a massive crowd on Sunday and we are hoping to play like we did during the second half in Longford.

“It is all to play for with the game on level terms. We know we have to play with intensity and be on the front foot early on.

“We are looking forward to a cracking atmosphere on Sunday and the supporters getting right behind the team from the start – we want to feed off that. It will be another tough game this weekend.”