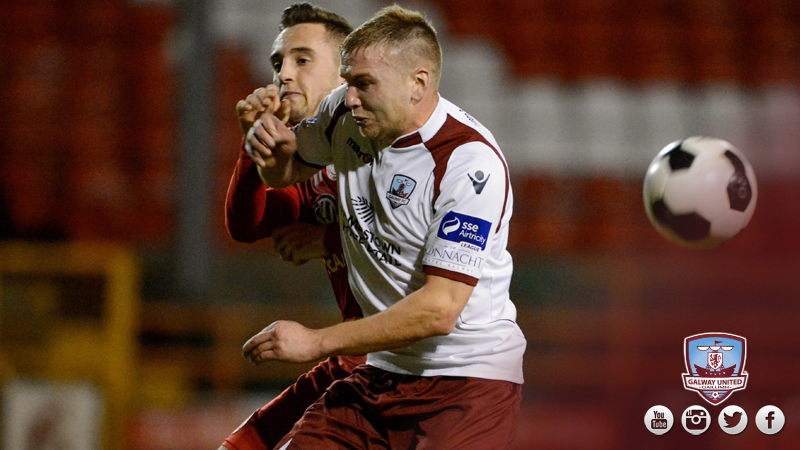 Galway United will look to make it two wins from two in pre-season when they face Shelbourne at Eamonn Deacy Park on Saturday afternoon. Kick-off: 3.00pm.

First Division side Shelbourne will provide Tommy Dunne’s side with another testing fixture as the new season approaches.

Saturday’s game will be the perfect opportunity for supporters to pick up their 2016 season tickets! There will be a season ticket stand outside of Eamonn Deacy Park before the game. Admission will be €5, season tickets holders and under-12’s will be admitted FREE of charge.

PLEASE NOTE: Due to recent poor weather conditions, the match will be subject to a pitch inspection on Saturday morning.

Looking ahead to Saturday’s game against Shelbourne, Tommy Dunne remarked: “With just two weeks to go until the new season, we’re anxious to get another hard workout under our belts.

“I was pleased with last weeks performance against UCD. We’re managing the players and gradually they’ll get more and more game time.

“We’ve just added three more players to the squad, I’m very close to concluding my transfer dealings for 2016, there might be two more additions.

“I’ve got a lot of options in each position and some of our players are eligible to play under-19 football also which is very important.

“This will be another important fixture for us in the lead up the St Patrick’s Athletic game, hopefully we come through it unscathed because we have another friendly on Tuesday against Longford Town and we’re stepping up the intensity.”

TEAM NEWS
Padraic Cunningham and Andrew Connolly both picked up knocks in matches and they won’t be risked.

Conor Winn continues his recovery from an ankle injury.