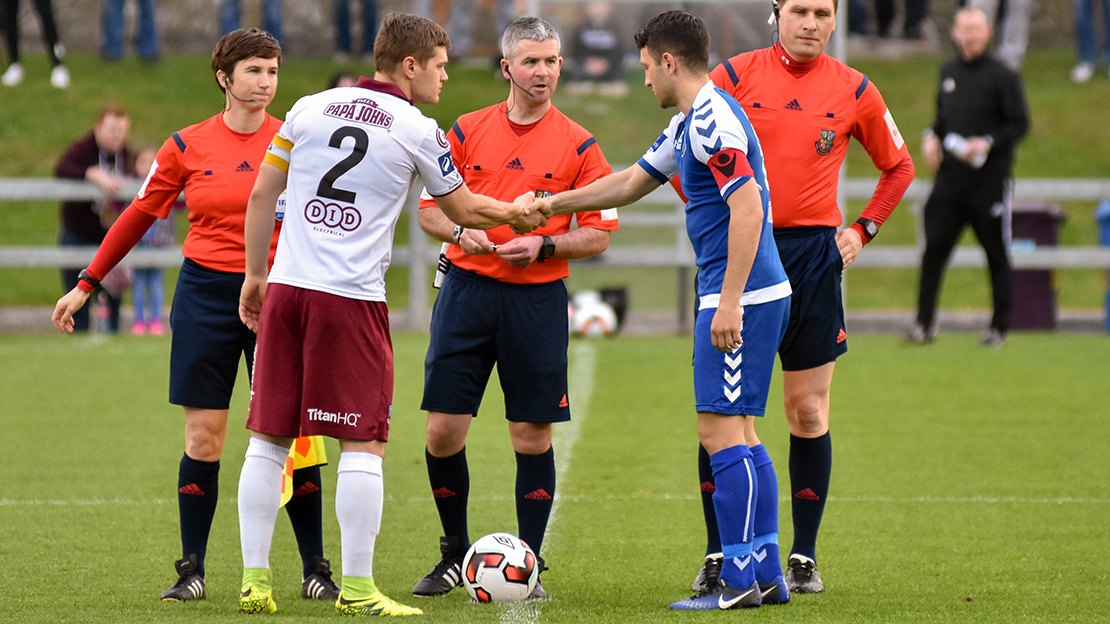 Galway United travel to the Markets Field on Friday night to face Limerick. Kick-off is at 7.45pm.

Shane Keegan’s side are currently 10th in the league table, sitting a point behind Sligo Rovers and St Patrick’s Athletic.

Keegan acknowledges positive results will be required in both of United’s remaining games and when the sides previously met this season, there was little to separate them.

A fantastic strike from David Cawley earned United a point at the Markets field while the sides traded wins at Eamonn Deacy Park. Most recently, Limerick knocked the Tribesmen out of the FAI Cup at the Dyke Road venue.

KEEGAN TARGETS VITAL WIN AT THE MARKETS FIELD
“We need to be aiming for a win, you would imagine it would put us in a good position heading into the final day, if we were to win.

“Ourselves, St Pats and Sligo Rovers all have games against difficult teams at the weekend. All we can do is focus on our own performance against Limerick.

“If we don’t put in a performance against Limerick, we can’t whinge about the teams around us not doing us any favours.

TEAM NEWS
Ronan Manning is ruled out with a groin strain.

Gary Shanahan (shin) picked up a knock in training on Thursday morning, but it is hoped that the winger will be fit for the Limerick game.