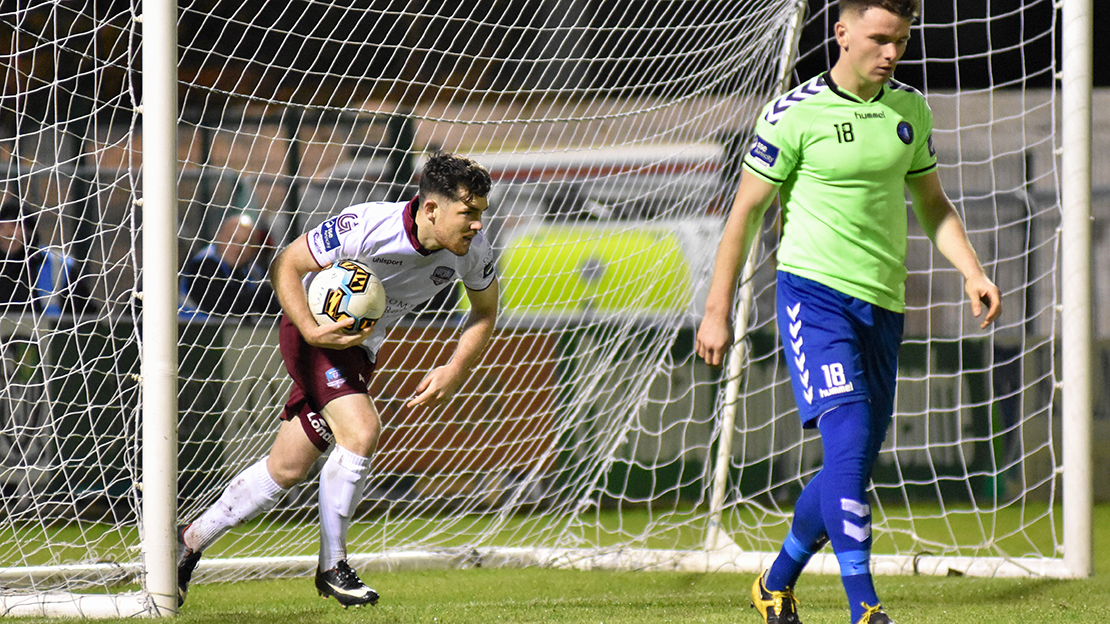 United came from 2-0 down at the Markets Field to salvage a draw, but the result meant that safety is now out of the Tribesmen’s own hands and that they’re dependent on results elsewhere to stay in the Premier Division.

A failure to convert chances was once again the undoing of Shane Keegan’s side and United supporters could scarcely believe how they went in 2-0 down at the break, with the amount of chances created against Limerick.

After a tentative opening, United took the game to Limerick and an early warning sign was fired when Kevin Devaney threaded a ball through to David Cawley in the box, the midfielders powerful shot was off-target however.

Rory Hale, who was playing in a more advanced position, threatened with two efforts from outside the box. The first drifted wide, but the latter demanded a save from Brendan Clarke, who was an important figure for Limerick before succumbing to injury in the 41st minute.

Marc Ludden was always a dangerous outlet on the left and he swung in an inviting ball that Eoin McCormack and Rory Hale both contested, but neither player could make a telling connection and direct the ball towards goal. Brendan Clarke was forced into a fingertip save when the ball was worked to Gavan Holohan at the edge of the box, Holohan did everything right and his shot was destined for the bottom corner, but Clarke clawed it away.

Four minutes later, Holohan had the ball in the net and the circumstances were similar to his earlier chance. The midfielder drilled a shot through a crowded penalty box and the ball nestled in the bottom corner but it wouldn’t count, due to a raised offside flag.

United were applying serious pressure and both Gavan Holohan and Ronan Murray found themselves in space outside the Limerick box, Murray took possession of the ball before angling a low shot towards the bottom corner, however the ball trickled wide.

United’s failure to convert their dominance into goals was punished 10 minutes before the interval when Colm Horgan was adjudged to have upended Chiedoze Ogbene in the box. Rodrigo Tosi made no mistake from 12 yards.

Brendan Clarke kept United at bay once again, smothering Kevin Devaney’s goal-bound effort with the home side stretched at the back.

The task became even greater on the stroke of half time, Stephen Kenny’s pin-point cross sat up perfectly for Chiedozie Ogbene to finish at the back-post and double the home sides lead.

United received a lifeline two minutes into the second half when Ronan Murray intercepted a poor header from Sebastian Hery, the striker swivelled on the ball and shot low, under Freddy Hall.

Limerick had two rare forays forward in the second half. Chiedozie Ogbene tried to catch Conor Winn off his line after the keepers’ clearance went only as far as the midfielder, but Winn recovered well. Lee Lynch found Brazilian striker Rodrigo Tosi, who opted to turn Stephen Folan and shoot low, again Conor Winn was up to the task. United raided forward in search of an equaliser and when Marc Ludden was adjudged to have been fouled inside the box, Ronan Murray took responsibility, but Freddy Hall denied the striker with a good save.

Murray was not deterred and he continued to hunt for an equaliser and he played a major role in United’s leveller. A long ball into the box was aimed towards Murray, who bravely got to the ball first and Hall’s attempt at punching the ball ended up with Murray bearing the brunt of the keepers’ late challenge.

Eoin McCormack dispatched the penalty confidently, sending Freddy Hall the wrong way. There was time for one more penalty shout, when McCormack was pulled back in the box by a Limerick defender in injury time, however referee Anthony Buttimer was not interested and United drew a game they really should’ve won.