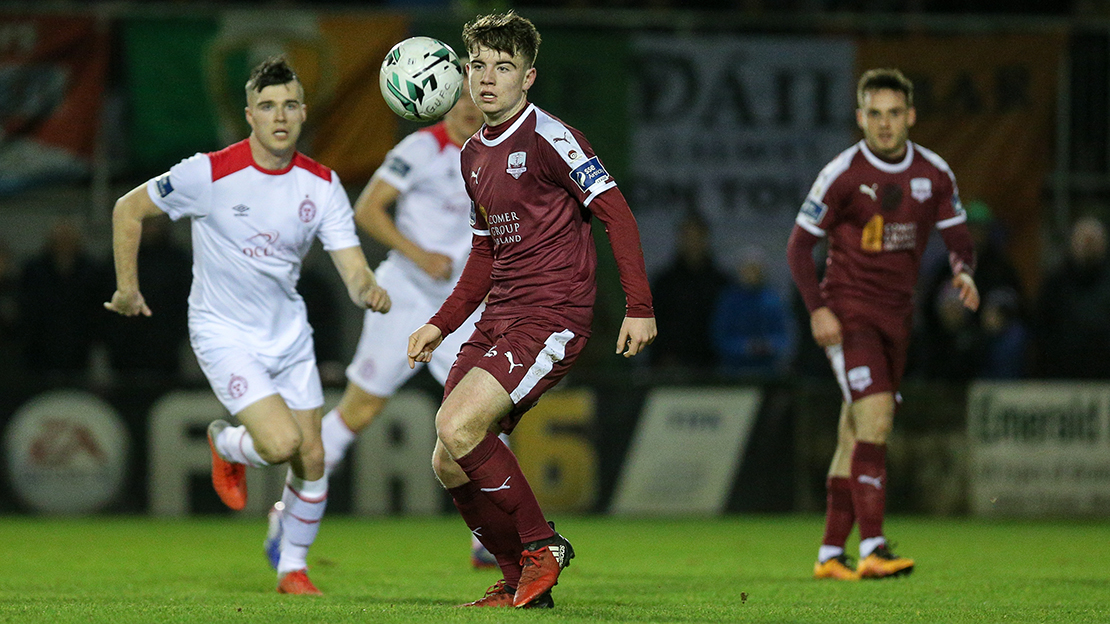 United go head-to-head with Shelbourne off the back of a 1-1 draw against Athlone Town last week.

Wilson Waweru rifled the Tribesmen into a first half lead at Eamonn Deacy Park, but Waweru’s fine finish was cancelled out by Dean Williams’ penalty.

Shelbourne meanwhile continued their recent run of good form, eking out a 1-0 win against Limerick at the Markets Field before travelling West on Friday.

ALAN MURPHY LOOKS AHEAD TO THE VISIT OF SHELBOURNE
“The Athlone Town game was very open, there were chances given up at both ends,” he explained to www.galwayunitedfc.ie.

“We know that will not be good enough against Shelbourne on Friday. We’re very much looking forward to the game. It’s a huge opportunity for my players to test themselves against the experience of Shelbourne.

“Shelbourne have put a huge push into getting into the automatic promotion spot this year, while we’re very much in the infancy of our project, developing local players.

“I felt we ran out of composure in the first game of the season against Shelbourne and displayed a lack of experience late on.

“In the second game, we were the better side in my opinion, creating numerous chances and we were unlucky not go in ahead at half time.

“We made individual errors and conceded a bad goal and capitulated in terms of getting players sent off in the second half, then obviously we found it difficult and a big task against them.”

Maurice Nugent is overseas with the Irish Colleges and Universities squad in Italy.

Jack Lynch misses out with a quad injury.