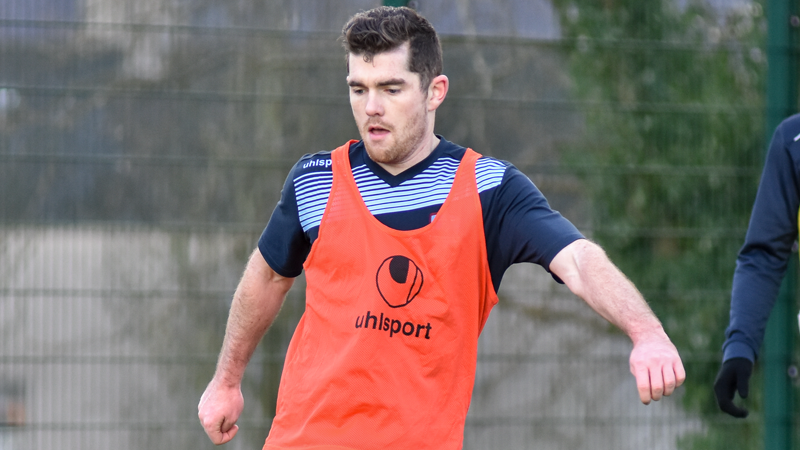 United will host The Bit o’Red at Eamonn Deacy Park on Friday night. Kick-off is at 7.45pm. Admission is just €5.

United players returned to pre-season training over three weeks ago and Keegan is looking forward to his Eamonn Deacy Park bow.

“The players have worked really hard on the training pitch and the gym over the last few weeks. At the end of the day, they’re footballers and they want to play,” he explained.

“To keep them working hard, they need to have that reward at the end of the week. If we had another week without a game, we might’ve had a revolt!

“We’re really looking forward to getting out and playing against Sligo as a reward for the hours of hard work that they’ve been putting in so far.”

Sligo Rovers will provide United’s new look side with a stern test, having already played two pre-season friendlies, but that’s what is required, Keegan insisted.

“Sligo will be further along in their team shape development, we’ve only really scratched the surface of that, so we might be lacking a little bit in that respect.

“We’ve been working really hard over the last three weeks or so on putting down a base level of conditioning that will stand to us as the season goes on.

“That being said, are we going to go out and try and put in a performance and try and win the game? Absolutely,” Keegan remarked.

“Sligo will provide us with a tough test and supporters will want us to win, even if it is just a pre-season friendly.

“My priority is to get game minutes into players and continuing to build on fitness levels.

“I’m really looking forward to it,” he concluded.

TEAM NEWS
Kevin Devaney misses the game due to a family bereavement.

Alex Byrne is a big doubt for the game.

Ronan Murray and Aaron Conway should play some part after recovering from knocks sustained earlier in the week.