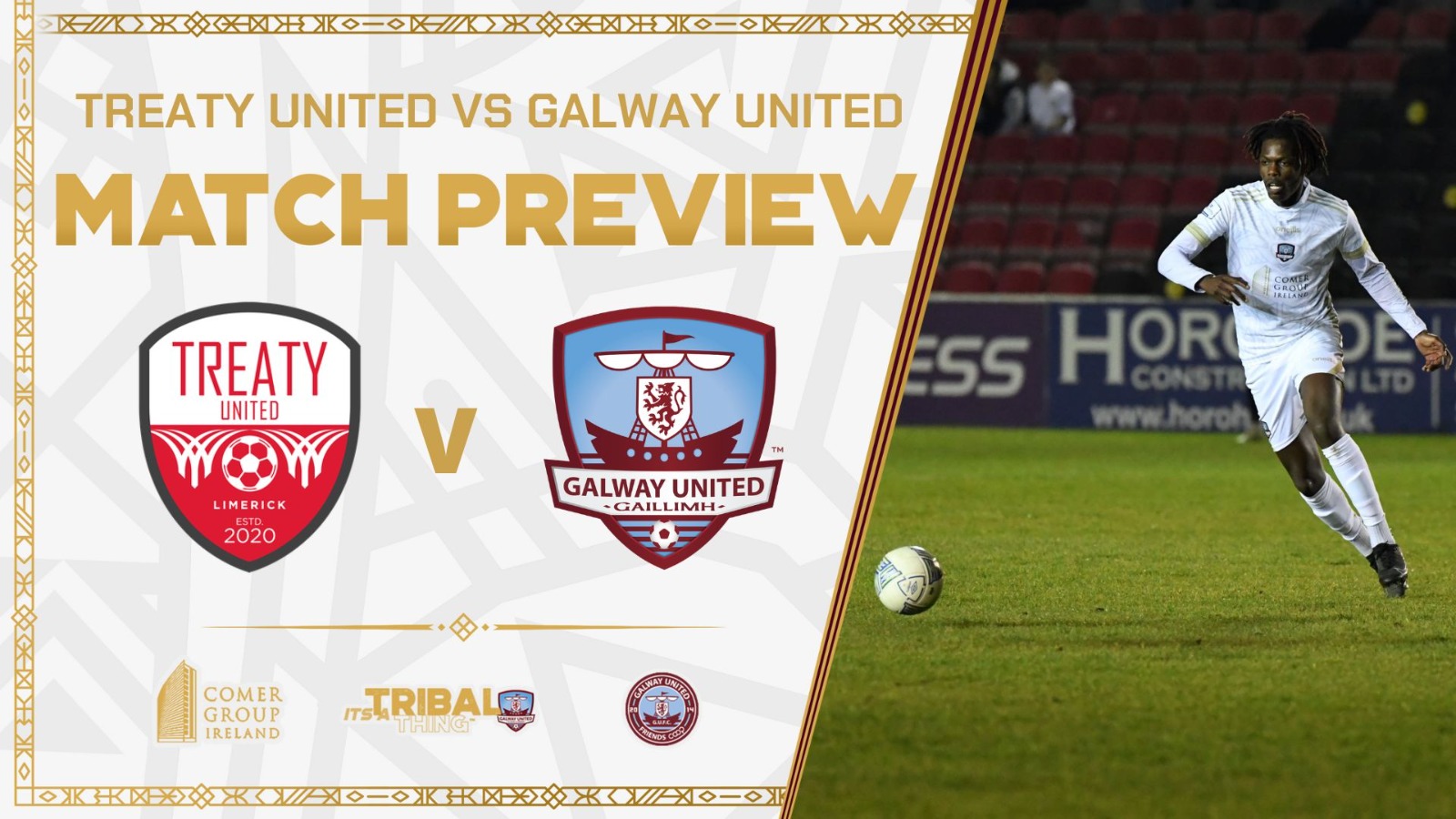 ‘They are on a good run of form’ – John Caulfield, Manager.

Galway United face Treaty United at the Markets Field on Friday – Kick-off is at 7.45pm.

United travel south to take on a strong Treaty United outfit in Limerick this week. Supporters bus tickets are available to purchase HERE

The Tribesmen will target another positive result following their 2-1 victory over table-toppers Cork City two weeks ago. Second place United have four league fixtures remaining and will aim to finish their First Division campaign on a high.

Friday’s opposition, Treaty United, sit in fifth position on the league table with a playoff place confirmed along with an FAI Cup semi-final to look forward to.

Speaking ahead of the game, manager John Caulfield said:

“Tommy [Barrett] is doing a great job with Treaty.

“We know the strengths of their team, they are in the FAI Cup semi-final and they are on a good run of form.

“We are looking forward to the game.”