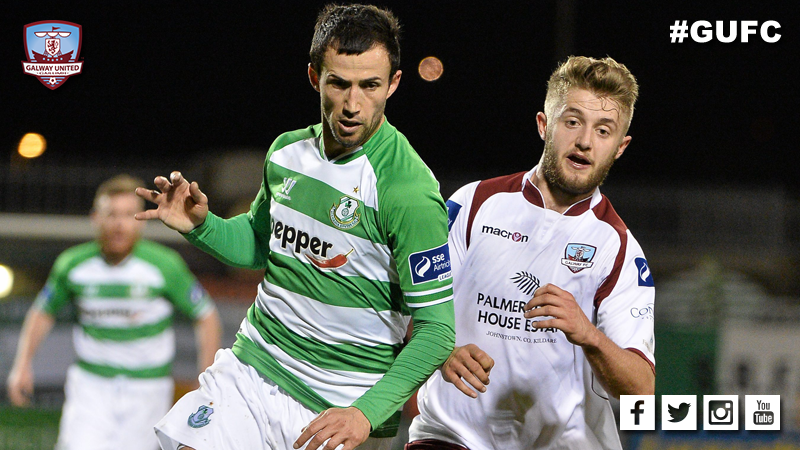 Galway United make a welcome return to league action on Friday night after the mid-season break came to an end. The Tribesmen will play host to third in the table Shamrock Rovers at Eamonn Deacy Park. Kick-off: 7.45pm.

United recorded a morale-boosting win at the City Calling Stadium before the mid-season break, with American striker Jake Keegan again finding the back of the net, with a precise header in the second half.

When the sides met in April at Tallaght Stadium, it was the Hoops who came out on top, winning 3-0, and United boss Tommy Dunne is adamant that his side are starting to acclimatise to the rigours of the Premier Division and he expects a tighter encounter at Eamonn Deacy Park.

“Rovers are one of the top clubs in the country,” Dunne admitted.

“It’s a game we’re all relishing. We understand that we’ll be up against it but we don’t have any fear coming into the game. We need to be disciplined in what we do and we must continue to work hard for each other.

“We’ve got things to build on, the result in Longford was very positive. We were probably looking for a better performance but the result was pleasing.

“We will have to go up a level against Shamrock Rovers to get a positive result, they’ll be hurting after losing to Bohemians. We’ve got to concentrate on ourselves and above all else, we need to put in a strong performance in front of our own supporters.”

TEAM NEWS
David O’Leary is suspended due to an accumulation of yellow cards.

There are doubts over Jason Molloy (back), Gary Shanahan (ankle) and Antaine O’Laoi (hamstring).

New signings Colm O’Donovan and Kevin Horgan have both been given clearance to play.