United’s second half performance deserved some sort of dividend, but the Tribesmen’s frailties from set pieces were exposed once again.

The Hoops had the better of the opening exchanges at Eamonn Deacy Park and it took some time for Tommy Dunne’s side to settle into the game. Rovers’ winger Gary McCabe floated an in-swinging corner into the box and Ryan Brennan rose highest, but he headed straight at Conor Winn.

15 minutes in, Rovers’ full back Simon Madden raided forward before locating Gary McCabe with a crossfield ball, but the winger snatched at it and his volley flew harmlessly wide, when perhaps he had more time than he realised.

The visitors threatened from a set piece once again, when Gary McCabe’s corner was not cleared properly and defender Tim Clancy saw his volley just clear the crossbar.

Shamrock Rovers winger Brandon Miele showed some trickery, coming in from the right wing, before racing through at goal, but his shot was straight at Conor Winn.

United almost hit the front, against the run of play, when their first corner of the evening was headed goalward by Padraic Cunningham. Gary McCabe cleared the ball only as far as Colm Horgan, who was lurking outside the box, but his shot flew narrowly wide of the post. 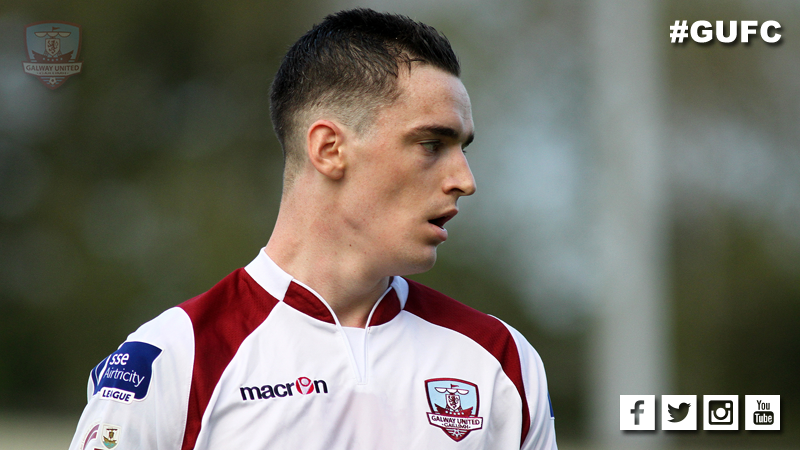 Madden offered a threat for the visitors down the right flank. On the half hour mark, he got to the byline, before squaring the ball to teammate Brandon Miele, but he skyed his effort.

Shamrock Rovers’ pressure did pay-off five minutes before the interval. Stephen McPhail’s dangerous in-swinging free kick was flicked on by Ryan Brennan and Luke Byrne snuck in at the back-post to apply the finishing touch.

Tommy Dunne made two changes at the interval and within a minute of his introduction, Enda Curran made the desired impact. A long throw from Marc Ludden was inadvertently headed on by Rovers’ defender Tim Clancy and Enda Curran pounced on the loose ball, before firing into the bottom corner clinically.

United’s second half performance was far improved and Ryan Connolly drew an excellent save out of Craig Hyland, with a well-taken free kick from 25 yards. 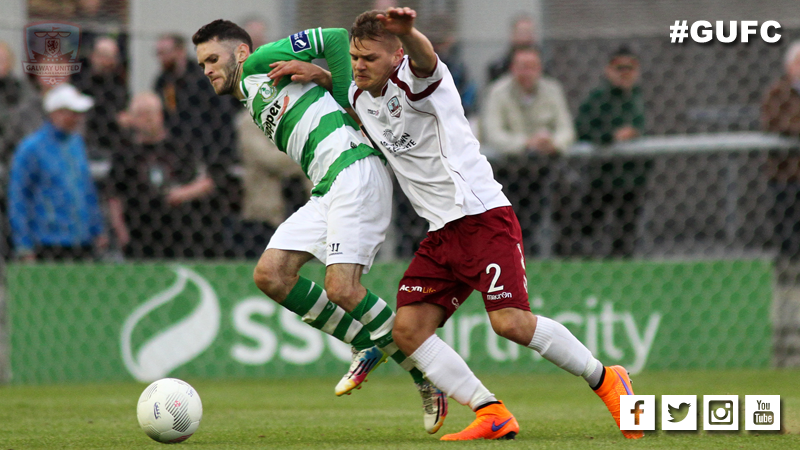 Shamrock Rovers striker Kieran Marty Waters then gave United supporters a reminder of the threat the visitors possessed when he rolled Stephen Walsh easily, before getting a shot away that took a deflection on it’s way out for a corner.

Despite United’s second half pressure, the hosts were dealt a sickening blow, when Gary McCabe’s free kick was turned into the net by Waters, with just twenty minutes left to play.

Ryan Connolly was inventive in his attempts to grab an equaliser, as the Mayo natives’ cheeky lobbed attempt almost caught out Hyland, but at full stretch, he gathered.

In the 90th minute, with United sending everybody forward, Shamrock Rovers broke away and substitute Gareth McCaffrey was played through on goal, but he pulled his shot wide and United were left to rue their inability to defend set-pieces once again.