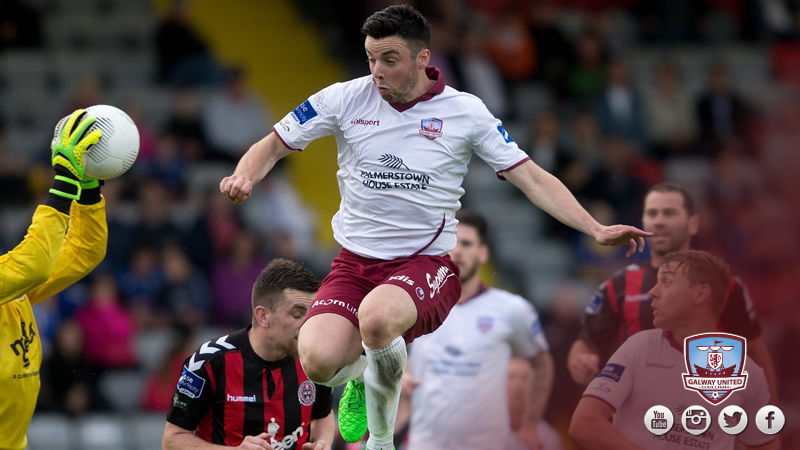 It’s been seven weeks since Tommy Dunne’s side last played on Corribside.

Since United’s last league fixture at Eamonn Deacy Park, the Tribesmen have drawn 1-1 against Bohemians at Dalymount Park, before suffering a disappointing 1-0 defeat at Finn Park.

Tommy Dunne is aiming to get back on track against Shane Keegan’s side on Friday night.

TOMMY DUNNE | “OUR PERFORMANCE, DESIRE AND HUNGER NEEDS TO IMPROVE.”
Speaking to www.galwayunitedfc.ie before Friday’s clash against the Youths, Tommy Dunne said: “Every home game we play, we’re looking to try and win.

“In the second phase, we haven’t picked up as many points as we would’ve liked.

“We’ve been down to ten men in consecutive home matches.

“Overall, our performance, desire and hunger needs to improve. We need to go a higher level.

“The Wexford Youths game is hugely important. We know how strong they are, we know their threats. They’re a physical outfit, who are always very well organised.

“Since I’ve come in as manager of Galway United, every game we’ve faced them in has always been incredibly tight.

“That said, we feel that we must perform at home and get back to our best. We’re looking forward to the game and finally getting back in-front of our own supporters again.

“We feel confident enough that if we perform on the day, we can achieve a positive result.”

TEAM NEWS
Jesse Devers is ruled out with a broken hand, which he sustained in training.

Marc Ludden (groin) and Alex Byrne (groin) are both doubtful.

United are waiting on clearance for new signing Sam Ramsbottom, but it is hoped that the club’s new goalkeeper will be eligible for the Wexford Youths game.