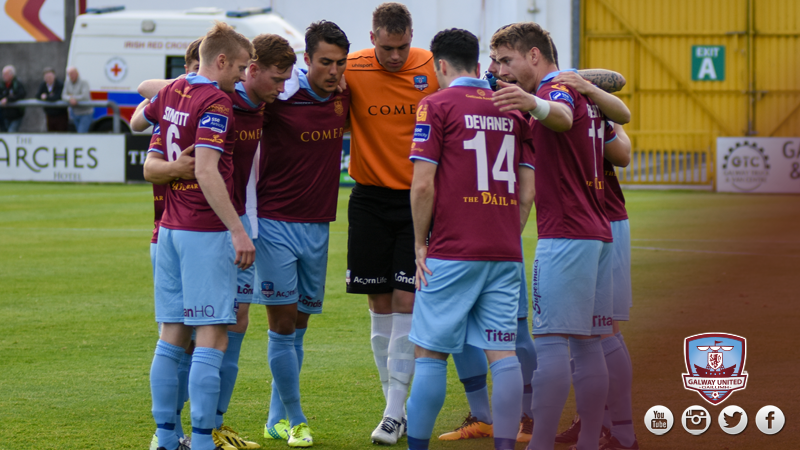 Paul Sinnott, who has operated at centre-half for the lion’s share of the 2016 season with great effect, was shifted into the centre of the park tonight by Tommy Dunne.

The Renmore native is used to playing in the middle, having spent the majority of the 2014 and 2015 seasons partnering Ryan Connolly. Against Shane Keegan’s side, Sinnott reprised a familiar role with good effect.

Sinnott told www.galwayunitedfc.ie: “Myself and Ryan picked up from where we left off.

“I thought we had a good partnership last year, it’s nice to play in midfield.

“I’ve been playing centre-half for most of the season, it’s something different and in midfield you can get on the ball more and move the ball around. Me and Ryan worked well I thought.” 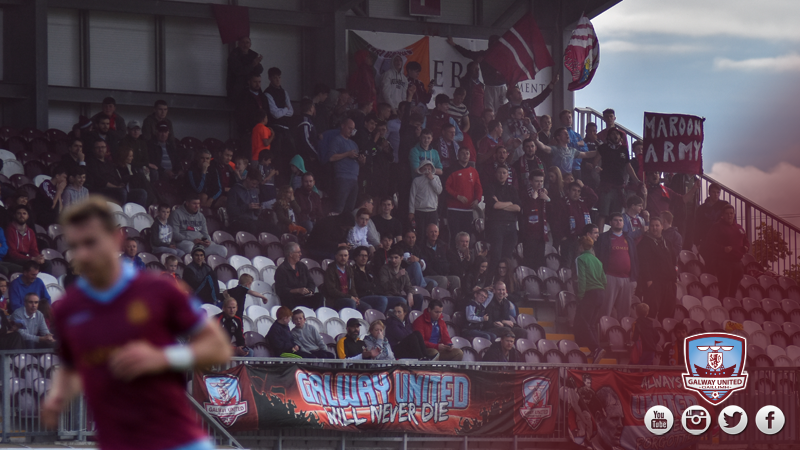 “We’ve worked very hard over the last two weeks, we’ve been in for a lot of tough days,” he explained.

“I felt even against Finn Harps when we lost, we created some opportunities, but we weren’t really breaking teams down.

“We’ve worked on that all week in training and you can see the result out there, we created a lot chances, we were patient with the ball and we moved it well at times.

“We’re delighted with the goals we scored, we could’ve scored more, we missed a lot of chances in both halves, but it was a great performance.

“Tommy Dunne is hammering home for us to move the ball quicker, sharper and faster. You see when you move it quickly, you can break teams down and create opportunities.”

United’s next league assignment is at the City Calling Stadium next Saturday and Sinnott is hoping the Tribesmen can build on a positive performance against Wexford Youths.

“We move onto Longford Town now, it will be a different test away from home. We’ll have a tough week of training and we’ll prepare right for the match.

“Hopefully we can do the same. We want to move the ball well, keep it, and create lots of chances.”