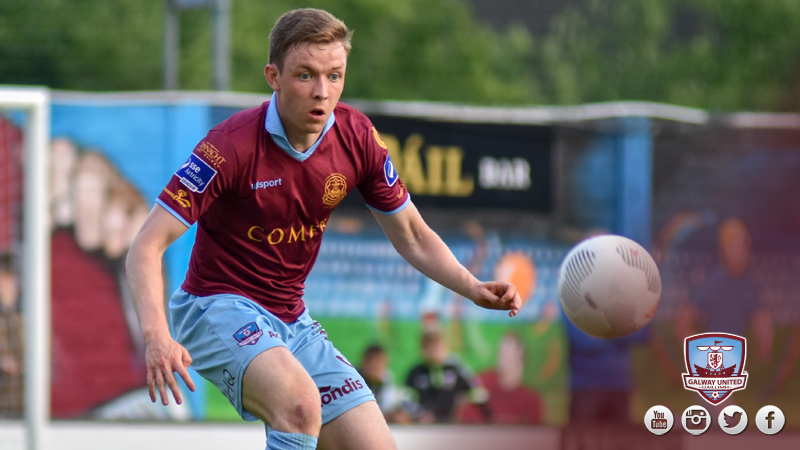 Galway United produced a dynamic performance on their return to Eamonn Deacy Park, coming from behind to defeat Wexford Youths 4-2 in an entertaining six goal thriller.

The Tribesmen won their first league game since the middle of May, and they were worthy winners on the night.

Vinny Faherty linked up brilliantly throughout, and he began by setting up Conor Melody and Paul Sinnott, but Melody saw his shot saved by Graham Doyle and Sinnott skied over. 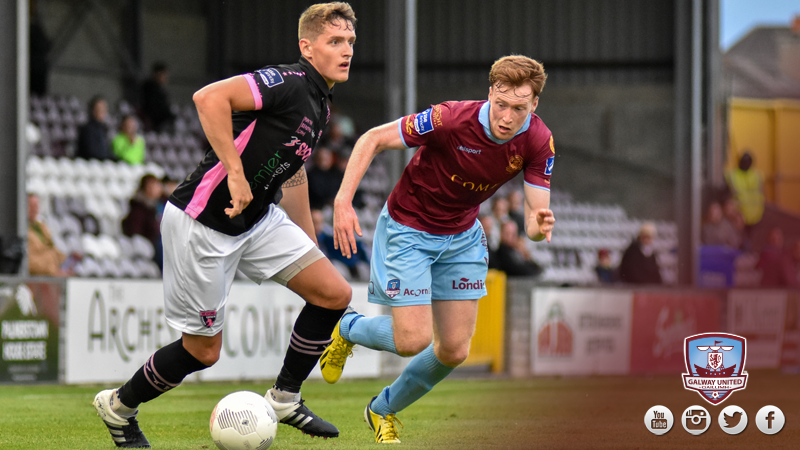 Against the run of play, Youths took the lead in some style in the 21st minute. Craig McCabe’s long throw was only cleared as far as Shane Dunne, and he struck a first time volley into the bottom corner.

United responded in the best possible way and once again Faherty was at the heart of things. He provided the cross for Gary Shanahan, who came alive in the box and side-footed the ball past Youths keeper’ Graham Doyle.

Ninteen-year-old Conor Melody made an excellent impression in his second league start of the season. On the half-hour mark, he linked up with Ryan Connolly, but instead of returning the favour and setting up his captain, he shot straight at a grateful Graham Doyle.

Melody then played a crucial role in United’ lead goal, as the young midfielder raided down the left and found Vinny Faherty with an excellent left-footed cross. United’s top scorer made no mistake with a precise header. 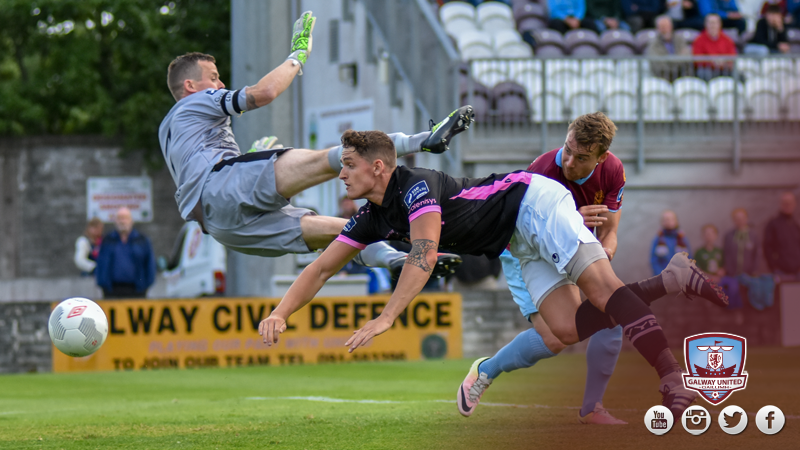 Moments into the second half, Tommy Dunne’s side almost added a third goal with an eye-catching team move. Ryan Connolly threaded a probing reverse pass, which Gary Shanahan took in his stride. His shot trickled past Graham Doyle but Lee Grace recovered well to clear the ball off the line.

A tremendous piece of individual skill led to United’s third goal of the night. Ryan Connolly showed a clean pair of heals to Wexford Youths defender Craig McCabe, before beating Graham Doyle to the ball and finding the back of the net with a deft finish.

Wexford Youth’s striker Paul Murphy was given his marching orders in the 73th minute for a frustrated challenge from behind on Paul Sinnott.

Stephen Walsh supported many attacks from the wing and he fed the ball to Conor Melody with ten minutes remaining on the clock. Melody sold a Wexford Youths defender with a sublime dummy, but he dragged his shot inches wide, with Graham Doyle rooted to the spot. 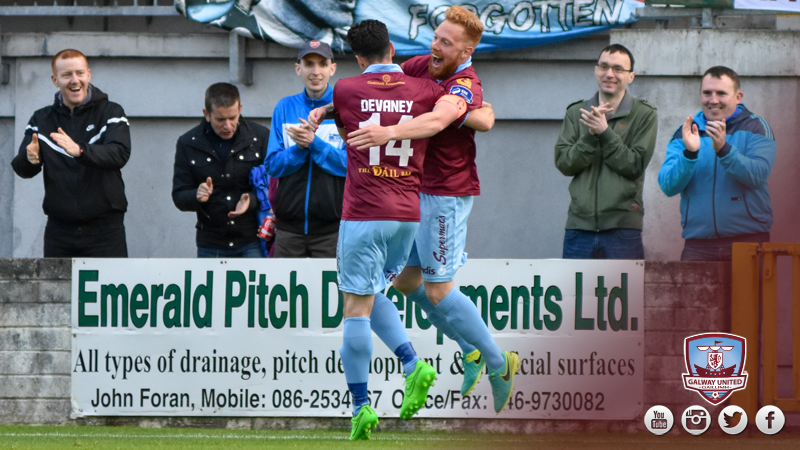 Despite their numerical advantage, a late strike from Wexford Youths substitute Andy Mulligan meant that there was a nervy ending at Eamonn Deacy Park. With little on, the midfielder drove a shot in from long range that deceived Conor Winn and nestled in the far corner.

With the visitors leaving men forward in search of an equaliser, Stephen Walsh exploited the space, teeing up Vinny Faherty, who raced towards goal before confidently curling the ball past Doyle. It was a sublime finish to secure Faherty’s 10th goal of the season and it helped the Tribesmen secure a crucial win ahead of another massive game against Longford Town next week.