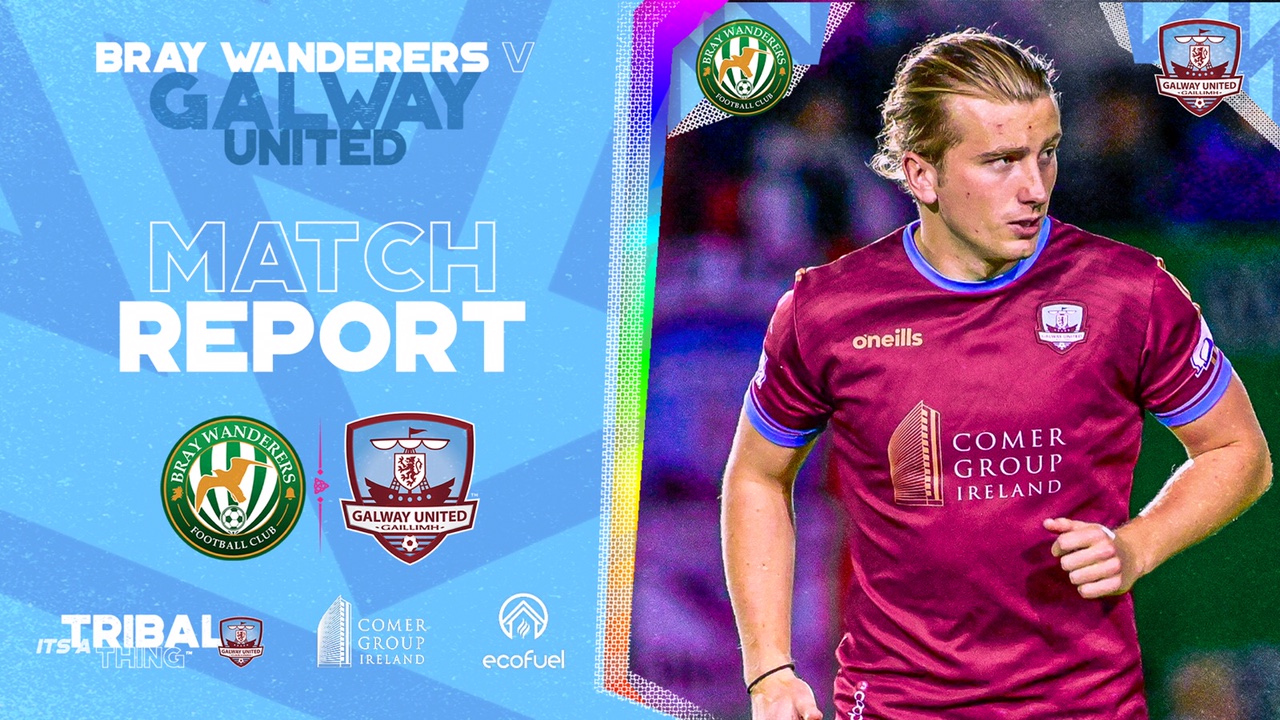 “We need a big performance at the weekend” – John Caulfield, Manager

Galway United and Bray Wanderers go into the playoff second-leg at Eamonn Deacy Park on level terms after drawing 0-0 at the Carlisle Grounds.

Galway United went to Bray for the first-leg of the playoff semi-final in full voice as United supporters travelled east to a windy and cold Carlisle Grounds.

It was an even opening to the first half with both sides struggling to create many clear-cut chances. United had the first opportunity of the game when Stephen Walsh went close with a header in the 12th minute after a fantastic delivery from David Hurley but the defender was unable to hit the target.

The game continued to be a close affair – Bray began to control the majority of the ball in the first period as they looked to create opportunities. But United’s defence held firm with the home outfit struggling to manufacture an opening inside Conor Kearns’ penalty area.

It remained 0-0 at the interval.

The second half was much the same as the first. Both teams were limiting each other to very few chances at either end of the pitch with both defences performing well.

Brandon Kavanagh failed to hit the target for the Seagulls a few minutes into the second half before the best opportunity of the game fell to Wilson Wawreru in the 64th minute. The United striker found himself in behind the Bray backline but goalkeeper Brian Maher remained composed as he cut out Waweru before he could pull the trigger.

Set-pieces seemed the best form of attack for both sides towards the end of the match but once again both defences continued to deal with what was thrown at them before the final whistle.

All to play for at Eamonn Deacy Park on Sunday evening…

“It is halfway, it is nil all. It is a new game on Sunday and it is knockout football. We are home and we hope to have a massive crowd.

“We need a better performance, Bray were snapping at our heels tonight so we need a big improvement on Sunday. The crowds for the last few home games have been fantastic so hopefully they can make a difference on Sunday. In the last three or four home games the support has been phenomenal. We need a big performance at the weekend.”

Our next game is the playoff semi-final second-leg when we play Bray Wanderers at Eamonn Deacy Park this Sunday at 5pm.