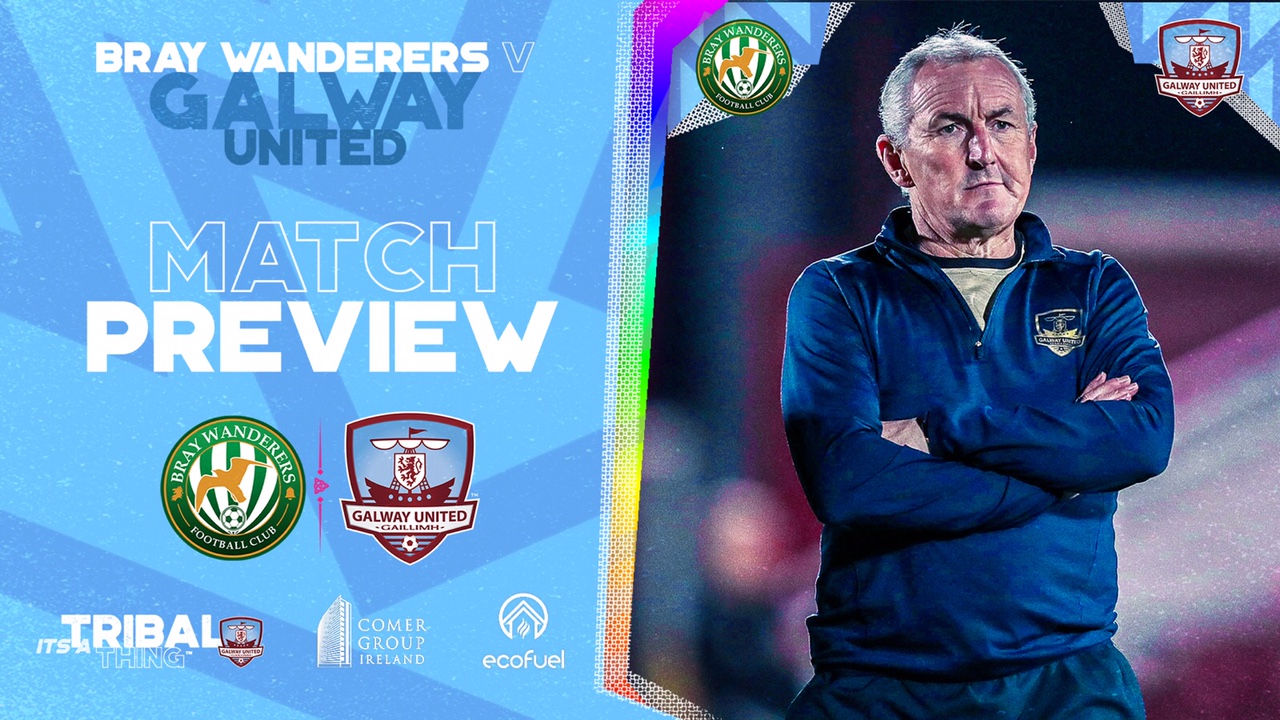 “This is the most important week of the season” – John Caulfield, Manager

Galway United face Bray Wanderers in the first-leg of the play-off semi-final this Wednesday at the Carlisle Grounds with kick-off at 7.45pm.

It is United’s most important week of the season as they prepare for their first-leg clash against Bray Wanderers this Wednesday followed by the second-leg fixture this Sunday (5pm) at Eamonn Deacy Park.

The Tribesmen, who finished second on the First Division league table, will have players returning from suspension for their crucial tie on the east coast after missing the last league game against Cork City last Friday. Tickets for this week’s away leg and home leg are available to purchase here –

Bray, who were defeated by United two weeks ago in the league, finished in fifth place on the table as a result of Treaty United winning at Cabinteely and the Seagulls being defeated 4-2 by Wexford FC at Ferrycarrig Park last week.

Manager John Caulfield has urged United supporters to make the trip to Bray tomorrow and to bring an atmosphere to Eamonn Deacy Park on Sunday for the second-leg fixture.

“This is the most important week of the season with the games on Wednesday and Sunday,” Caulfield told the club’s media team.

“Going to Bray on Wednesday will be an extremely tough game. The way we look at it is that we have two cup finals this week so we will see where we are at the end of next Sunday.

“There was excitement last year when we got into the playoffs but there were no crowds. But this year, the buzz for the last three or four home games has been fantastic so I encourage all United fans to get to Bray on Wednesday because we need that support. We would love to have a full house when we get home on Sunday too.

“We look forward to both matches. We know how difficult it will be but at the same time we have been in good form since the mid-season break. But you are in cup football now so you need to produce it on the pitch; hopefully we will be able to do that.”