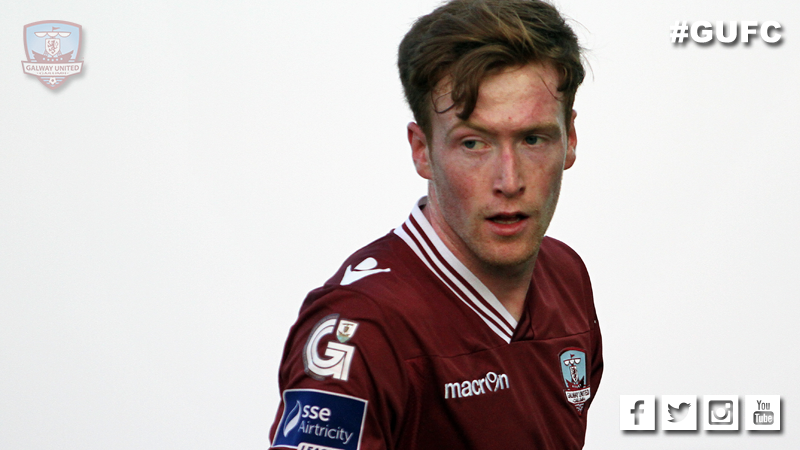 Galway United’s 1-1 draw at the Carlisle Grounds confirms their place in the 2016 SSE Airtricity League Premier Division, baring an unlikely combination of results and a huge goal swing in the final game of the season next weekend.

Bray Wanderers safety was already guaranteed before kick-off, but United were made work very hard for the vital point that should ensure that Premier Division football continues at Eamonn Deacy Park in 2016.

John Sullivan broke the deadlock for Bray with a towering header, after Ryan McEvoy delivered an in-swinging corner.

United then benefited from a calamitous error in the Bray defence to poach an equaliser. Peter Cherrie rolled the ball out to his full back, Michael Barker, who turned his back on the ball and Gary Shanahan nipped in to steal possession and he lobbed Cherrie.

The Wanderers started brightly and Ryan McEvoy set up Graham Kelly, who arrived late in United’s box, but he blasted wide.

United caught Bray on the counter attack and the ball was rolled through to Jake Keegan, who fired powerfully at the near post but Cherrie saved, Ryan Connolly attempted to guide the rebound home but Cherrie completed an impressive double save.

Bray midfielder John Sullivan rose highest in the box to meet Ryan McEvoy’s corner, Conor Winn got his hands to the ball but the assistant referee ruled that the ball had crossed the line.

A break down in communication between Cherrie and Barker allowed Gary Shanahan to steal in and win possession before he lobbed the ball over Peter Cherrie to equalise.

On the hour mark, Peter Cherrie made another timely double save. Marc Ludden’s quick throw-in unlocked Bray’s defence and Jake Keegan bore down on goal, the American tried to sneak the ball in at the near post but Cherrie saved, the rebound fell to Keegan, but once again he was foiled by the experienced Scottish netminder.

Ultimately the sides traded blows but a draw should be good enough to ensure that both Bray Wanderers and Galway United are playing at the highest level in 2016.