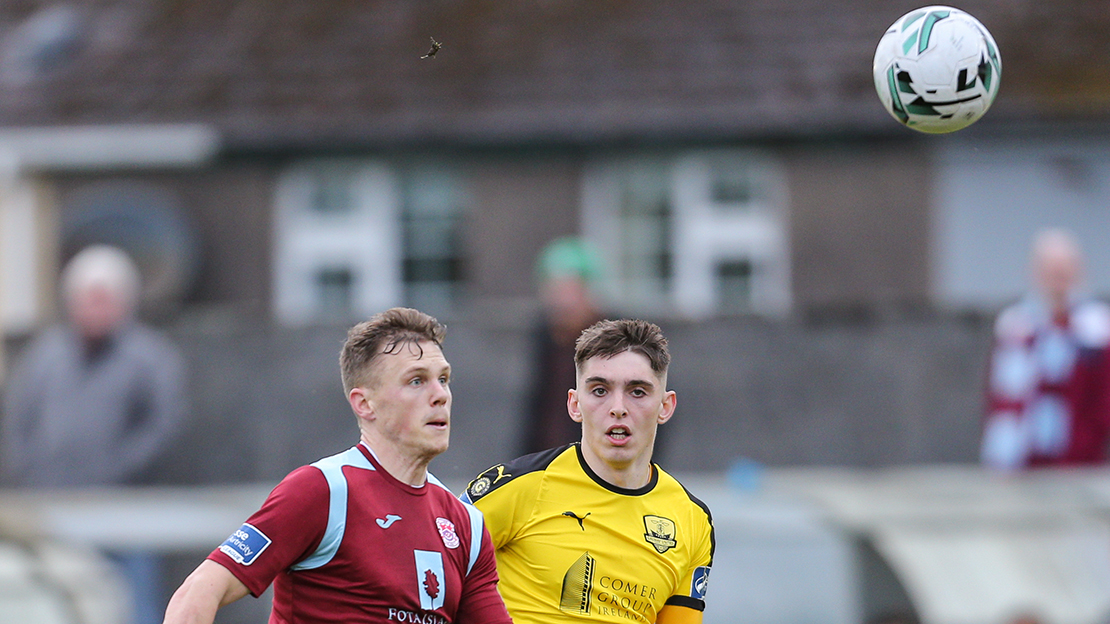 Galway United head into the mid-season break off the back of a disappointing 2-1 loss against Cobh Ramblers at St. Colman’s Park.

In a poor first half at the Cork venue, Cobh Ramblers capitalised on the only real chance of note when Denzil Fernandes raced through on goal to fire past Kevin Horgan.

Fernandes then turned provider for Jason Kabia in the second half to score a second goal for Cobh Ramblers from close range.

Stephen Walsh pulled a goal back for United but it proved to be merely a consolation for the Tribesmen, who gave themselves too much of a mountain to climb. 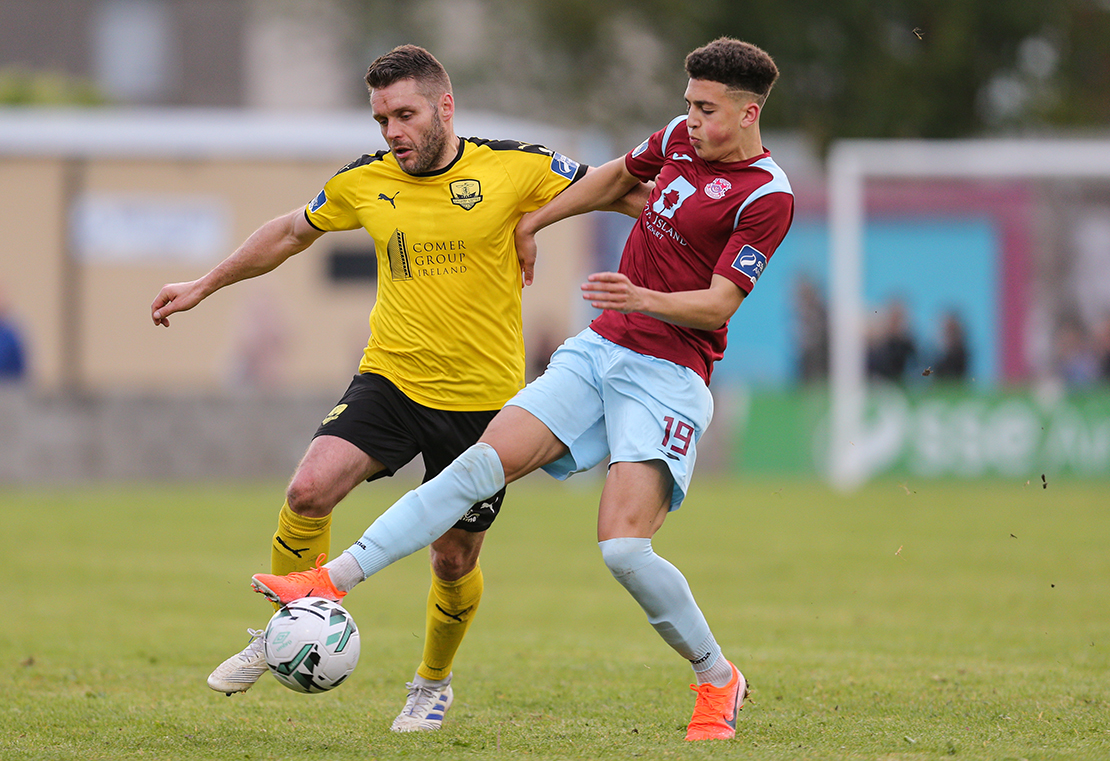 On a difficult pitch, it was an incredibly scrappy and disjointed first half from both sides at St. Colman’s Park.

Player-manager Alan Murphy flashed a shot wide of goal, which could only be counted as a half chance, and that was after the half hour mark.

It was all too easy for Cobh Ramblers midfielder Greg Henry to split and unlock United’s defence with a through ball that sent Denzil Fernandes racing in behind Stephen Walsh and he slotted past Kevin Horgan to give the Rams the lead at the break.

United put on some early pressure in the second half in an attempt to grab a leveller. Mark Hannon had a shot saved by Cobh ‘keeper Paul Hunt before Maurice Nugent flashed a header just wide from Shane Doherty’s long throw. 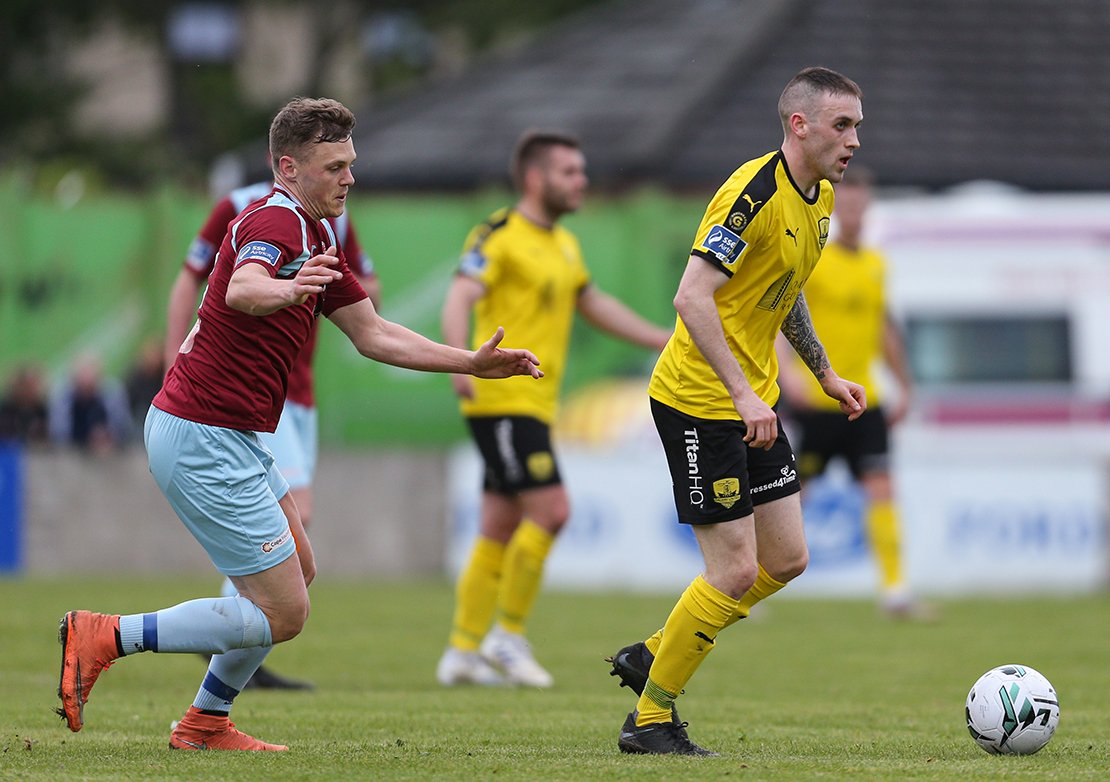 Alan Murphy’s powerful free-kick was too hot to handle for Hunt and United captain Stephen Walsh almost got an outstretched leg to the rebound, but it was just out his reach. Cobh Ramblers broke down the pitch through Jason Kabia, but he blasted over.

Kabia made amends shortly after however when he got a head to Denzil Fernandes’ cross and made it 2-0 to Cobh Ramblers. Stephen Walsh mis-controlled the ball, allowing Fernandes to nip in and knock the ball past the defender before crossing for Kabia, who towered above Christopher Horgan in the box.

Stephen Walsh gave United a lifeline when he steered the ball into the bottom corner from Shane Doherty’s long throw. 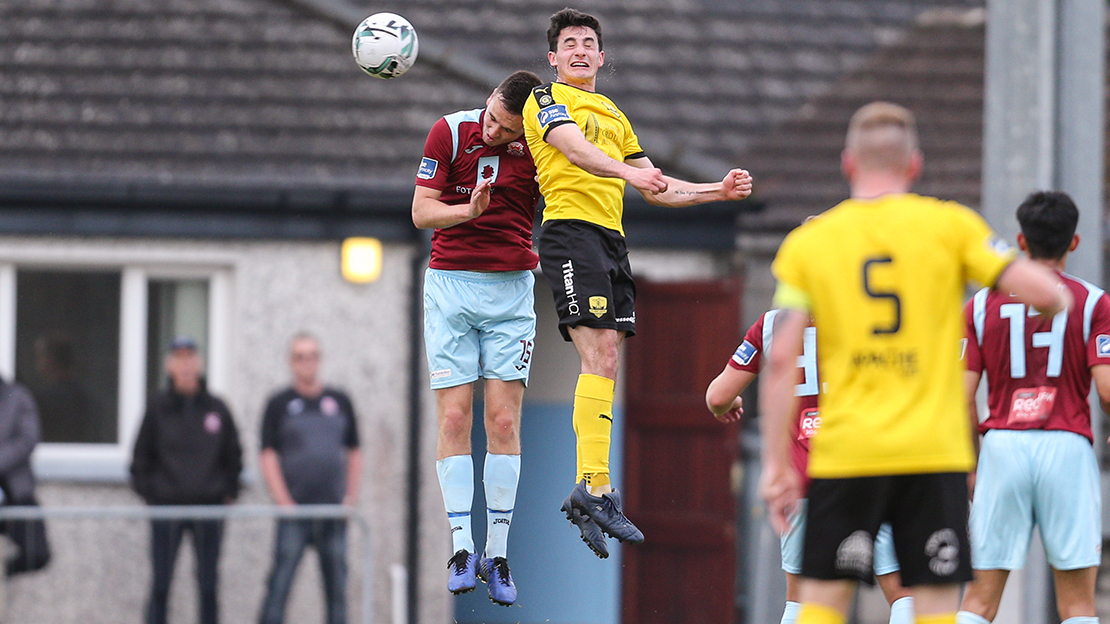 The returning Conor Layng seemed to be bundled over in the box by Cobh defender Kevin Taylor, but referee Paula Brady was uninterested in the protests from the away side.

United huffed and puffed in the latter stages of the game but could not find a second goal. Attentions now turn to Athlone Town at home after the mid-season break, with the objective to finish the season as strongly as possible.