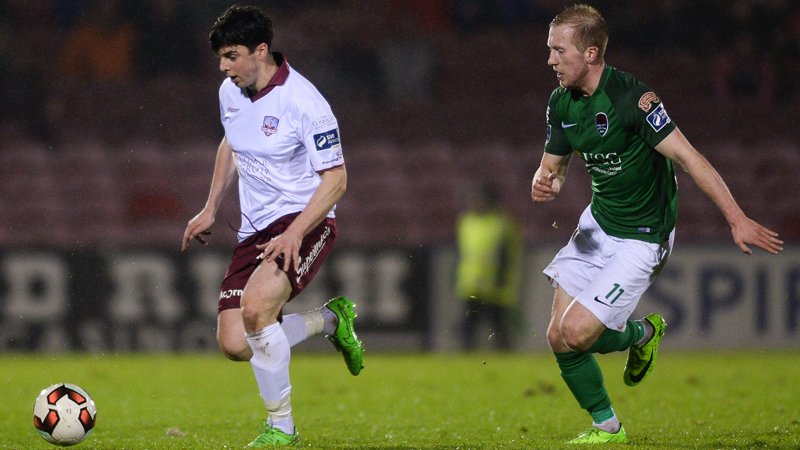 A strong second half showing from Cork City at Turners Cross earned them a second win of the season.

Despite United competing for long periods in an even first half, the Leesiders were gifted an opening goal when Sean Maguire dispossessed Ciaran Nugent outside the box and rolled the ball into an unguarded net.

Sean Maguire drew a fingertip save from Ciaran Nugent after the striker capitalised on some hesitant United defending.

Maguire fired City in-front on the quarter hour mark, Kevin O’Connor sent a long ball forward from the back, Ciaran Nugent raced from his goal and he attempted to control the ball but Maguire stole in and knocked the ball past Nugent, then Maguire had the simple task of rolling the ball into the net.

Former Cork City midfielder Gavan Holohan almost levelled matters when he narrowly missed the bottom corner with the home side stretched, but the ball trickled wide with McNulty scrambling.

Sean Maguire did well to fashion an angle for himself when he acrobatically volleyed towards goal, but it was straight at Ciaran Nugent.

Stephen Dooley twisted and turned at the edge of the box before dragging a left-footed shot harmlessly wide. 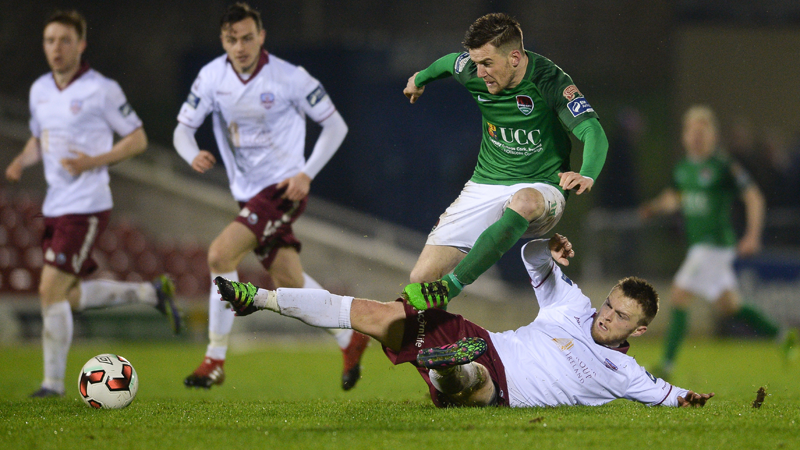 Cork City grabbed a second goal early in the second half, a loose ball fell to Stephen Dooley following a short corner routine and he swung an inviting cross into the box and Ryan Delaney guided the ball into the far corner, beyond Nugent.

Cork City punished United again when they coughed up possession in their own half, the ball was sprayed out to the unmarked Stephen Dooley and he lobbed the ball over Nugent.

A fourth goal was added in injury time when Cork substitute Conor Ellis got away from Stephen Folan, the young striker then guided the ball into the far corner with a cool finish.