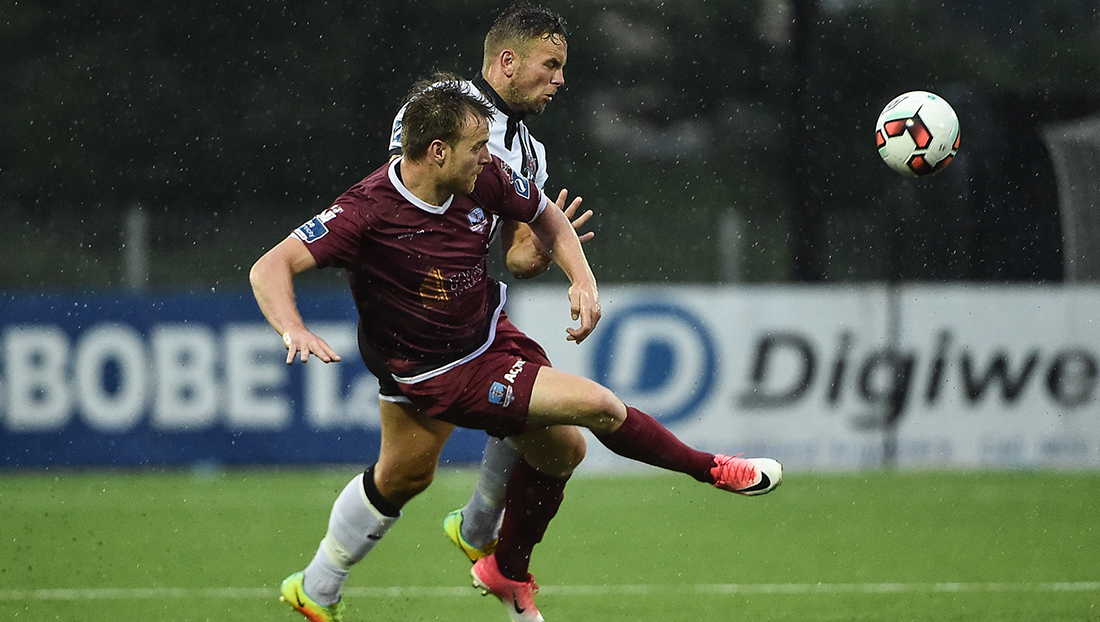 Dundalk eased to a 2-0 win against a much-changed Galway United side at Oriel Park on Monday evening.

The hosts started at a blazing pace and almost rattled the net after just four minutes, but Chris Shield’s shot took a deflection and trickled out of play. Former United defender Paddy Barrett attacked the resultant corner kick, but he couldn’t steer his effort on target.

Dundalk took the lead in the 15th minute after a sustained period of pressure. Michael Duffy’s corner found Dane Massey totally unmarked in the box and he headed past Conor Winn.

The Lilywhites threatened from another corner before the interval, but this time Sean Hoare pulled his shot wide after Chris Shield’s had helped the ball on at the near post with a glancing header.

Early in the second half, United captain Colm Horgan did brilliantly to intercept a Dundalk cross that would’ve resulted in a simple tap in for David McMillan. Moments later, McMillan beat the offside before trying to round Conor Winn but the keeper’ did well to smother the ball at the strikers feet.

Dundalk made sure of the points just after the hour mark when United failed to clear the ball bouncing around the box and Patrick McEleney was the benefactor, poking home a scrappy goal.