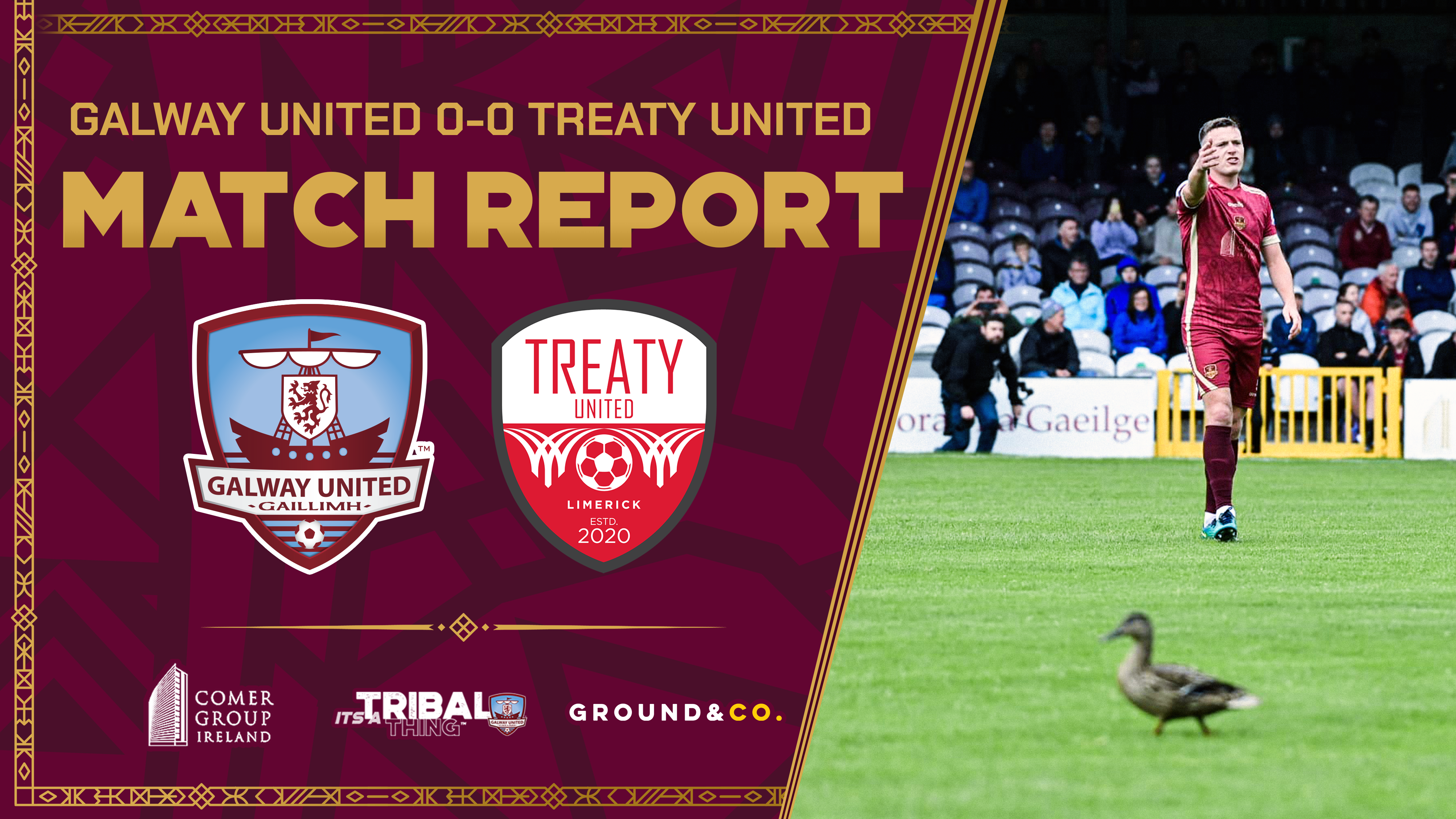 Galway United were frustrated as they played out a stalemate with Treaty United at Eamonn Deacy Park on Friday evening.

The Tribesmen struggled to break down a stubborn Treaty defence despite being on top for much of the encounter and enjoying long spells of dominance, particularly in the second half.

John Caulfield made two changes to his starting XI from last Friday’s 5-1 win away to Bray, with Manu Dimas and Conor O’Keeffe coming in for Edward McCarthy and Max Hemmings, who were not in the squad.

The home side started brightly and immediately asked questions the Treaty defence, with Ronan Manning and Alex Murphy both testing Conor Winn in the away goal with efforts from distance.

However, Treaty quickly bounced back and enjoyed their own early spell of momentum, with Enda Curran spurning arguably the chance of the game as he sliced a close-range shot out for a throw-in in the 12th minute.

Following the early exchanges, the game became a cagey affair as both teams traded half-chances. The pick of the bunch for John Caulfield’s side was a long-range effort from Stephen Walsh in the 43rd minute which bobbled wide. At the other end, Jack Lynch had a powerful effort saved by Conor Kearns in stoppage time as both sides went in goalless at the interval.

Following the break, The Tribesmen immediately tested Treaty’s resolve as O’Keeffe had a powerful effort palmed away by Winn in the 46th minute. Just minutes later, the first major opening of the half arrived as Manning hit a curled effort off the woodwork from the edge of the box following a reverse ball by Dimas.

The chances kept on flowing for the home side, with Killian Brouder the next to go close in the 52nd minute. Conor McCormack laid a quick free-kick off to David Hurley, whose deflected effort found the centre-back’s head, but his glanced effort was somehow kept out by Winn on the stretch.

United thought they had taken the lead in the 62nd minute after putting the ball in the Treaty net. Wilson Waweru found Walsh in the box with a lofted cross, and despite United’s no.3 directing a header past Winn, the linesman’s flag was already raised as Waweru’s cross had gone out of play.

Following the disallowed goal, the game lost much of its spark. However, United continued to keep Treaty under pressure and with just seconds remaining Murphy nearly won it for the hosts. After a lengthy spell of Galway possession, the young left-back smashed an effort into the side netting after being teed up by Hurley on the edge of the box.

That proved to be the last chance of the game as Treaty headed south with a point.

The draw sees Galway United pushed down to second in the League of Ireland First Division table ahead of Monday night’s encounter away to Longford Town.

Next up, Galway United are away to Longford Town on Monday, June 27. The Tribesmen’s next home game is against Waterford on Friday, July 1.