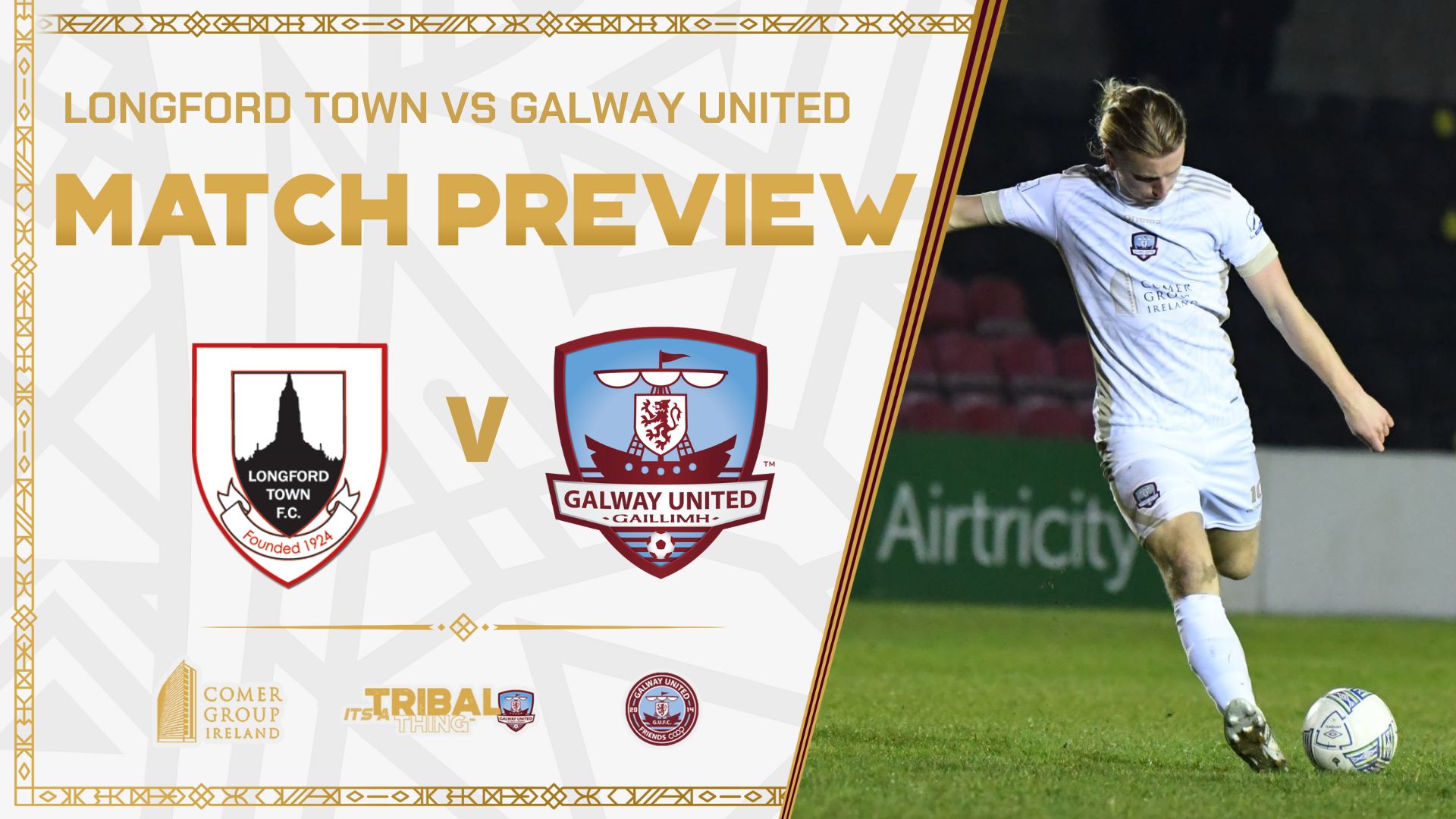 ‘We know how good Longford are’ – John Caulfield, Manager

Galway United continue First Division action on Monday when they face a difficult away fixture against Longford Town at Bishopsgate – kick-off is at 7.45pm.

The Tribesmen go into their second game in three days on the back of a 0-0 draw against Treaty United at Eamonn Deacy Park on Friday.

United, who are now one point off current table-toppers Cork City, take on a Longford team who are currently in fourth place on the table. Gary Cronin’s side were defeated 2-1 by Wexford FC at Ferrycarrig Park on Friday which leaves them 13 points off the summit of the First Division standings.

Manager John Caulfield is expecting another tough test against a side that defeated United at Bishopsgate earlier this campaign.

“We know how good Longford are, they beat us earlier in the season,” Caulfield told the club’s media team.

“They pose a threat up front with (Sam) Verdon and (Ryan) Graydon so we will need to defend well.

“Ultimately, we need to play better than Friday night to try to create more chances and score.”