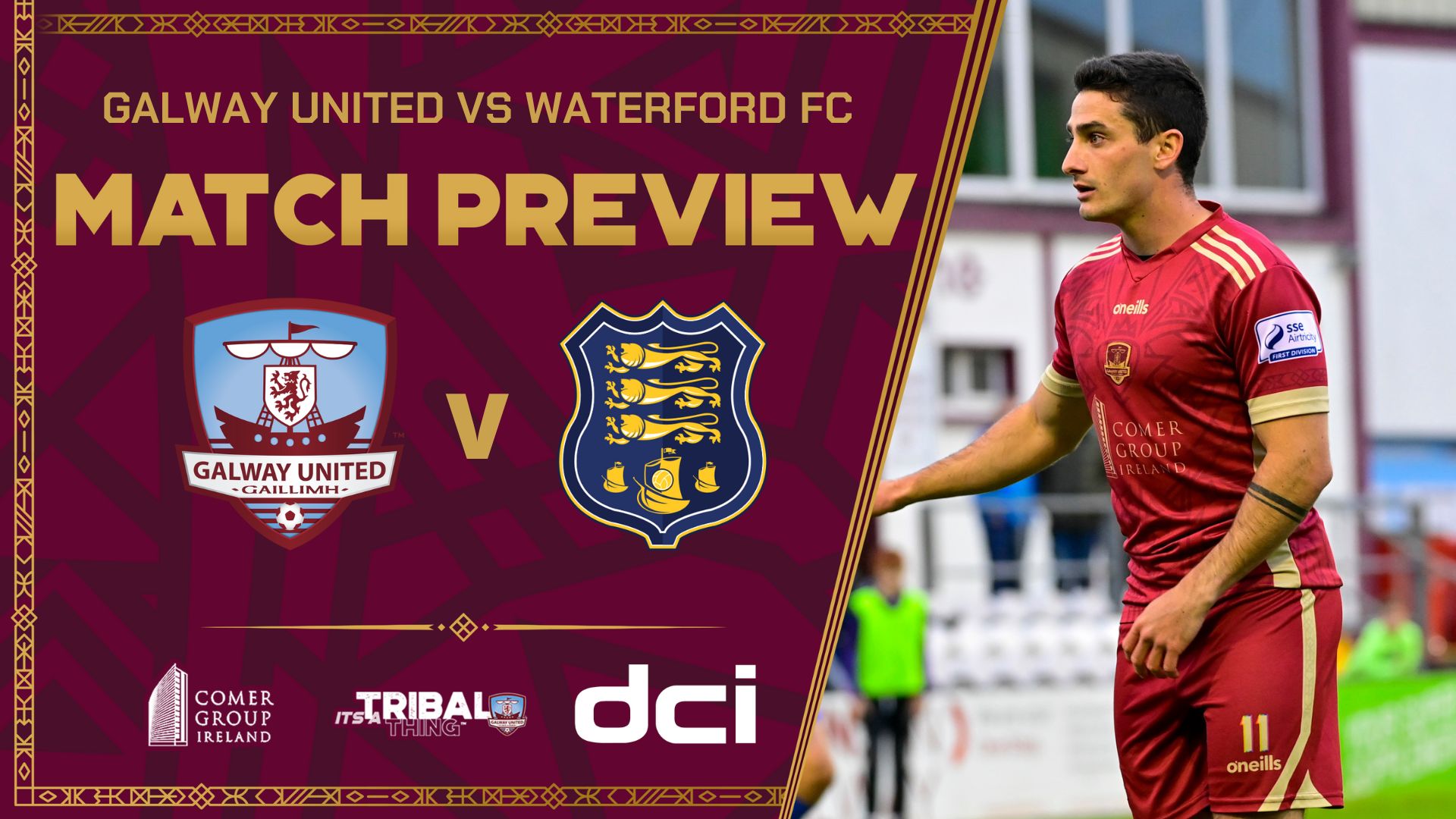 ‘We are hoping to bounce back’ – John Caulfield, Manager

United will aim to get back to winning ways against an in-form Waterford side this Friday. The Tribesmen suffered a disappointing 2-0 defeat to Longford Town on Monday, leaving them four points adrift of current First Division table-toppers Cork City.

This week’s opposition, Waterford, can make it nine wins on the bounce for Danny Searle’s side on Friday. The Blues, who are in third place, defeated Athlone Town 5-2 away from home in their most recent fixture, leaving them four points behind United with a game in hand.

United manager John Caulfield is hoping his side can bounce back on Friday night.

“We look forward to Friday’s game, we have had two very tough games against Waterford this season,” Caulfield told the club’s media team.

“Welcome to Danny Searle to the League of Ireland – he has a lot of experience in management. He has inherited a very good team who are competing for automatic promotion.

“We know Waterford have very good players but we are hoping to bounce back after a disappointing performance on Monday night.”