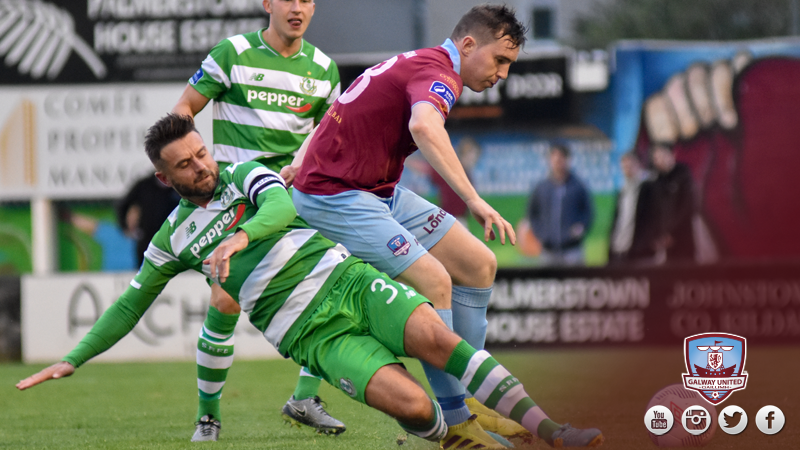 A Gary Shaw header in first half stoppage time sealed the points for Shamrock Rovers at Eamonn Deacy Park on Tuesday night.

United came close to cancelling out Shaw’s opener in the final minute of the game, but Stephen Folan cracked a shot off the underside of the crossbar and the Hoops departed Eamonn Deacy Park with the three points pocketed.

Sam Ramsbottom had a busy evening between the sticks for United and he pulled off an impressive instinctive save to push Robert Cornwall’s header over his crossbar, after the defender flicked on Brandon Miele’s free-kick.

Padraic Cunningham and Alex Byrne returned to United’s starting eleven for the visit of Stephen Bradley’s side, and the duo combined in the 25th minute, after a bit of a scramble in the Rovers box, Cunningham rolled the ball back to Byrne, but he leaned back and side footed over.

On the half hour mark, Gary McCabe’s free-kick drew another impressive save from Ramsbottom. McCabe shot across the keeper, but Ramsbottom read McCabe’s intentions, and he palmed the ball out for a corner. 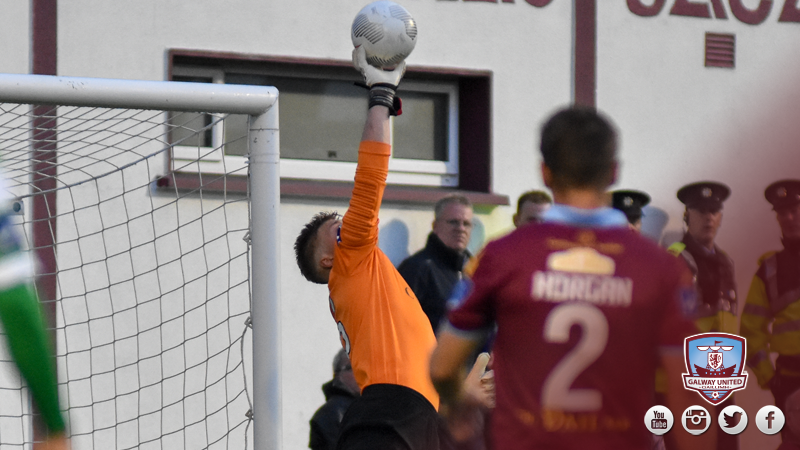 Trevor Clarke shone for the visitors on the left, the young winger dribbled past Colm Horgan and attempted to beat Sam Ramsbottom at his near post but the former Tranmere goalkeeper spread himself well to deny Clarke.

Marc Ludden almost punished a lack of concentration in the visitors defence, he pounced on a loose touch before driving towards Barry Murphy’s goal, unfortunately for Ludden, he was pushed wide of goal and on his weaker right foot, he dragged a shot harmlessly wide.

Two minutes into first half injury time, Shamrock Rovers grabbed a timely opener. The influential Clarke delivered a teasing cross and Gary Shaw beat Kilian Cantwell to the ball, heading into the far corner of the net.

Ramsbottom was called into action early in the second half. From a tight angle, Trevor Clarke once again attempted to squeeze the ball past United’s netminder but Ramsbottom made another fine save, pushing the ball away.

A direct ball out of defence from Shamrock Rovers caught United’s backline cold, Gary Shaw muscled his way past Stephen Folan but he couldn’t find a way past Sam Ramsbottom, who stood up and made himself big, denying the former Longford Town striker. 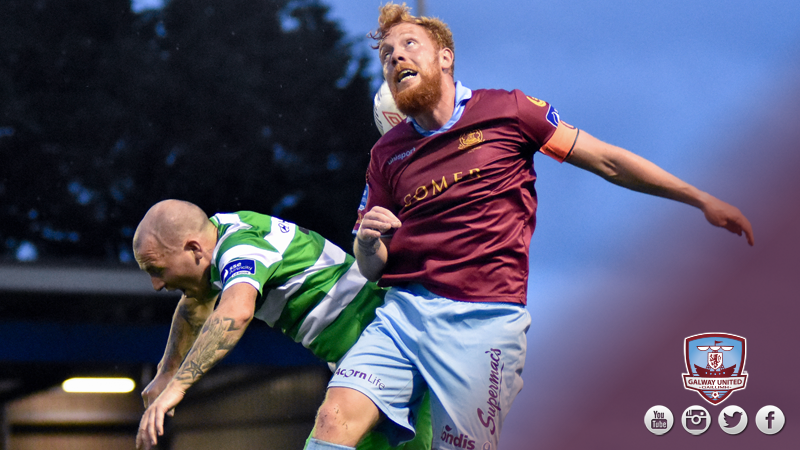 With ten minutes remaining at Eamonn Deacy Park, Gary Shaw attempted to blast across Sam Ramsbottom into the far corner on the half volley, but the ball just trickled inches wide of the post.

United had one final attempt at salvaging a draw in the 94th minute, Barry Murphy spilled Enda Curran’s free-kick, the ball was cleared only as far as Armin Aganovic, who spinned on the ball and recycled possession back into Shamrock Rovers box. Aganovic’s centre-half partner Stephen Folan met the ball with a ferocious shot, but it cannoned off the underside of the crossbar and out to the disappointment of the home crowd.