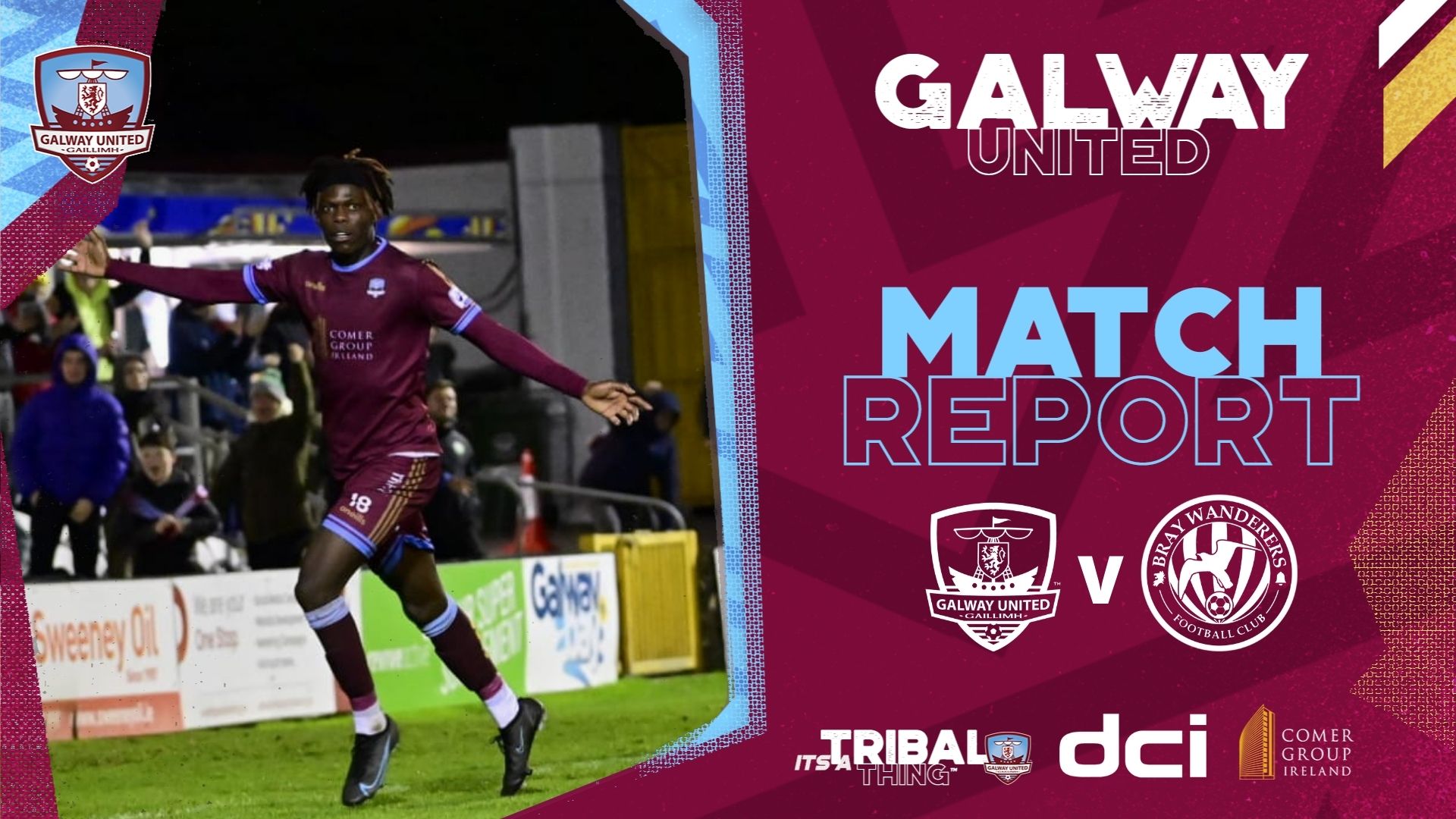 “It turned into a tough game but our lads kept at it and it was great for Wilson to nick it at the end in a tight game.” – John Caulfield, Manager

United attacked with intent from early on, Wilson Waweru was unlucky not to get on the end of a pass within the first minute before Ruairi Keating tested Brian Maher in net a few minutes later.

The home side started to control proceedings; Joe Gorman went close with a header in the 13th minute before Waweru was inches away from putting the Tribesmen in front soon after.

Bray came into the game as the half went on and their first opportunity came in the 19th minute when Joe Doyle flashed a header just wide of Conor Kearns’ post.

John Caulfield’s outfit continued to search for the opening goal with Keating almost breaking the deadlock with a fine effort from outside the area in the 24th minute.

Once again it was Keating who went close with an attempt that went over the crossbar before the end of the half but it remained 0-0 at the interval. United created more opportunities in the first half but were unable to find the net before the break.

It was a slower start to the second half with Bray’s Mark Byrne going closest with a low struck effort that went just wide of the post a few minutes into the half.

Chances continued to be at a minimum as the clock ticked by. Substitute Gary Shaw tested Kearns with a rasping shot in the 75th minute after a poor clearance from the United keeper.

As the game looked like it was going to be a stalemate, it was Waweru who broke the deadlock and found the match-winner in the 81st minute. Conor McCormack picked out the striker with a precise over the top ball and Waweru made no mistake as he rounded Maher and slotted the ball into an empty net to put the Tribesmen in front to the delight of the home faithful.

United saw out the game efficiently, giving the Seagulls very few openings in front of goal before the final whistle. Three points were secured for the Tribesmen who confirm their second-place finish on the First Division table.

“It was a tough game, we know that Bray are a very good side. I thought in the first half an hour we were very good and passed the ball well.

“The game stopped and started a bit which probably suited them. It turned into a tough game but our lads kept at it and it was great for Wilson to nick it at the end in a tight game.

“We are happy to get second, we go in tomorrow and prepare for the Cork game. It will be another tough game before the playoffs begin.”

Our next First Division game is away to Cork City on October 29nd.