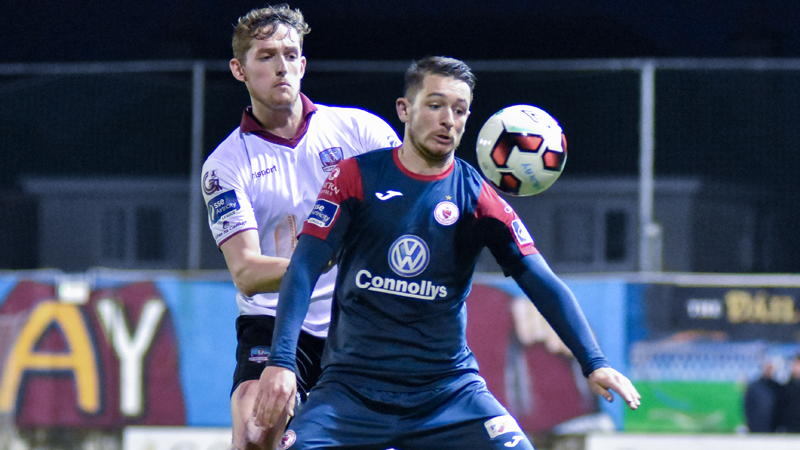 The Connacht Derby ended in a 1-1 draw after Ronan Murray’s first half header was cancelled out by Kieran Sadlier’s 36th minute strike.

In the fifth minute, Galway United and Sligo Rovers fans joined together in applause to honour the late Ryan McBride.

Ronan Murray attempted to test out Michael Schlingermann before the ten minute mark, but his long range drive lacked the power to trouble the Sligo ‘keeper.

Two minutes later, Murray wasn’t to be denied however. The Mayo native smashed the post with a volley, before Vinny Faherty saw a headed effort cannon off the crossbar, but Murray was in the right place at the right time to head into the net.

Raffaele Cretaro almost levelled for the Bit o’ Red when he received a quick throw in that he drove at the near post, but Conor Winn did excellently to foil the Sligo attacker.

With less than ten minutes left in the half, Sligo Rovers levelled. An attempted clearance from Stephen Folan fell to Raffaele Cretaro, who ran through, one-on-one with Conor Winn, Cretaro squared the ball to Sadlier, who slotted it inside the post. 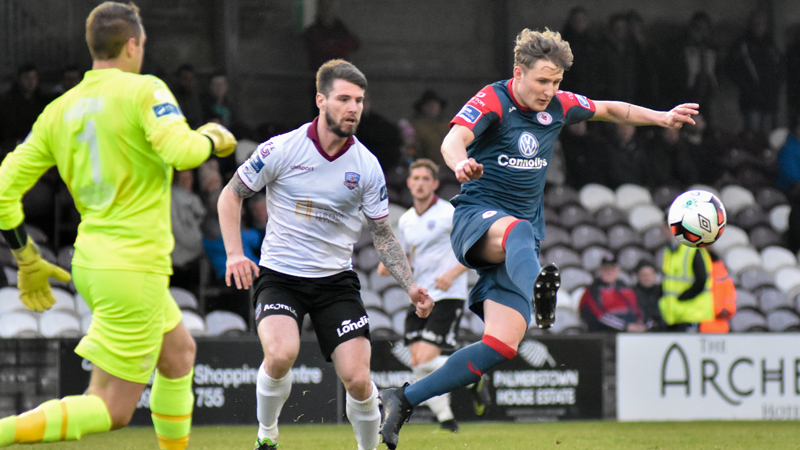 Early in the second half, Cretaro tested Winn, while a short time later, a Shanahan cross from the right bounced to the far side of the box and that was met by Marc Ludden, but his shot was always rising.

A Sligo corner fell to Kyle McFadden, but his left footed effort was straight into the arms of Conor Winn.

Good interplay between John Russell and Daniel Kearns saw the latter have a shot at goal, but he blasted his effort over.

Sligo had a golden opportunity to take the lead when United were stretched at the back. John Russell crossed low across the box where Sadlier looked certain to connect and score, but the ball bobbled in front of him at the crucial moment. Not out of danger yet, Michael Leahy headed at goal, but it was wide of the post.

The match opened up in the closing stages as both sides searched for a winner. Conor Melody shot towards goal which bobbled in front of Schlingermann but he adjusted well to safe comfortably.

The ball fell to Ronan Murray in the box to clinch a winner in the closing minutes of the game but he failed to make a meaningful connection.